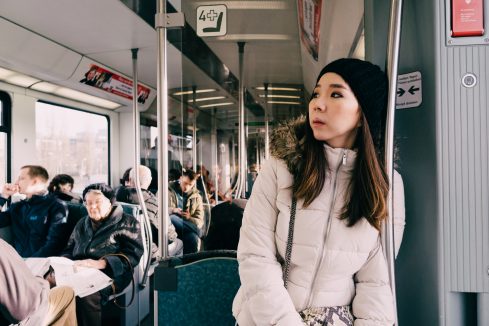 Here at Thousandaire, we understand how important your career is to you. After all, it enables you to have the lifestyle you deserve, to take care of your family and to have the self-esteem that everyone gains from holding down a job. Still, not every part of your working day is a great time – especially if you’re a commuter.

In most American cities, daily traffic can be an absolute nightmare for commuters, particularly those that are traveling on public transport alone. Recently, there has been a lot said about how commuting will change over the coming years due to the introduction of on-demand taxi services such as Uber, car share options and even bike share services. However, according to a recent American Community Survey, these newer transport methods are not being adopted very quickly, and so we will have to stick with more traditional transport methods for now.

The survey reveals that most Americans continue to drive to work alone, with 76.3% opting to travel to work this way. That’s the equivalent of 115 million people and thus, 115 million vehicles clogging up the roads of our cities during rush hour. Just 9% of Americans carpool, and the majority of those that do share their vehicle with just one other person. A further 2.7% walk to work while only .6% ride their bike, though these have both increased since the last survey was conducted in 2005.

That leaves 7.7 million commuters who take the bus or catch trains to and from work. They represent just 5% of America’s total workforce, and yet we wouldn’t be surprised if they were the most irritated commuters of all; sick of being sat staring out of windows wishing the individuals who insisted on driving massive 4x4s despite the fact they don’t own seven Great Danes or a horse would just move.

Well, never fear our brave public transport commuters as we’ve thought of several ways you can make your daily commute far more bearable. It may even become fun and productive, setting you up for a great day at work.

1. Play Online Games To Wake Up Your Brain 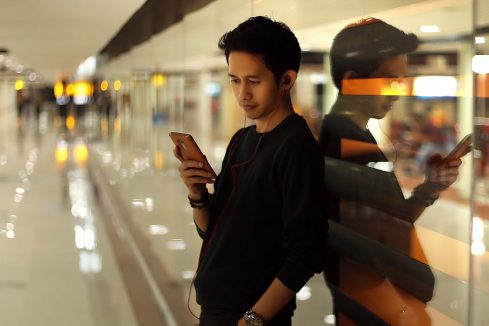 No matter how much coffee we have or how healthy our breakfasts may be, there are just some days where out brain doesn’t truly get into gear until about 2pm. Or is that just us? If you have this problem, then we highly recommend using your smartphone or tablet during your commute to really wake you up. You get bonus points if your bus or train happens to have free Wi-Fi!

In addition to the hundreds of games apps that are available from Apple and Google, there are millions of games available online that are perfect for short or lengthy gaming sessions and can even make your mind healthier. Take online bingo for example, not only can you play whenever and wherever you like, but studies show that bingo has multiple positive effects on your brain. These include improving your memory, increasing your response time and even lowering the effects of dementia and Alzheimer’s disease. So, not only will you be adding a little fun to your day, you may even be adding more time to enjoy onto your lifespan.

2. Catch Up On Your Life and Become More Interesting

Considering the fact that an estimated 81% of the US population has social media, chances are you’ve got a lot of Facebook posts, Tweets, Youtube videos and Twitch streams to catch up on. Surely there’s at least one cat photo on Instagram that you’re yet to like? Take the time on your commute to catch up with those people you simply don’t seem to have as much time for anymore since you started working so hard. Check when your friends’ birthdays are, see if your family are doing well and by the time you’ve finished your daily commute you’ll be the most in-the-know person in your circle.

Of course, you don’t have to stick with news that applies to you, your friends and your family. On the contrary, we encourage you to check what’s going on in the world – then you’ll have more to talk about when you reach work. Whether it’s online gossip or worldwide politics, it’s always handy to have a relevant talking point to bring up in the office.

3. Consider Your Commute As ‘Me’ Time

Finally, if you don’t fancy playing games or seeing what everyone else in the world is up to, it might mean you simply need some time to yourself. Sure, public transport couldn’t be any more different from a luxury spa, but this may be the only time today you are able to truly have some time to yourself. That is, if you don’t have a stranger falling asleep on your shoulder and you’re not stood with someone’s armpit in your face.

Take this time to check out the views you may have taken for granted all this time, or to reflect on your own life. If you’re happy, take a moment to bask in your accomplishments and if not take a second to truly think about how you want your life to go. Imagine your future and all the great possibilities that lie ahead. What may have started as an average commute may turn into one of your happiest, most serene moments.

So, there are our three ideas that will hopefully make your commute a lot more bearable. What do you think? Do you take public transport to work and how do you get through it? Let us know in the comments below.

Spread the love
By Susan Paige|April 16th, 2018|Categories: Personal Finance Tips|Comments Off on 3 Ways To Make Your Commute More Bearable