5 Car Upgrades You Shouldn’t Waste Your Money On 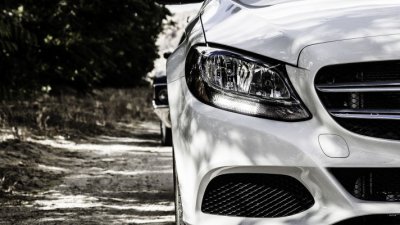 Most Americans equate owning a car with independence. Having your own vehicle gives you the freedom to go virtually anywhere at any time. But of course, owning a car can be incredibly expensive — particularly if you’re determined to trick yours out with all the bells and whistles.

Considering the fact that consumer debt rose to almost $14 trillion in 2019, it’s essential that you make smart choices with your vehicle. That could mean missing out on the most desirable upgrades for the sake of your bank account. After all, you don’t necessarily need a booming sound system to get from point A to point B. If you’re trying to cut back on your spending — or you simply want to make sure that any upgrades you do make are worth the money — here are a few add-ons that you should skip.

These unconventional doors may look cool, especially in movies, but they’re totally impractical in real life. Not only can this modification hurt the resale value of your vehicle, but it can also be dangerous in certain cases. If you’re in an accident, scissor and wing doors can make it harder for emergency personnel to help you. Ultimately, unless you have a luxury car, it’s smarter to save your money and get an upgrade that fits with the vehicle and that will pay off in some way.

Tinted windows can make a car look more luxurious and provide a sense of privacy. That’s one reason many limousines (which are driven for 105 trips per week, on average) have them. But are they a smart investment for an average vehicle? Not really. If this modification isn’t done professionally, the effect can end up looking cheap and might impact your car’s value.

What’s more, it may not even be legal in your state. New York State, for example, won’t allow tinted windshields or front-side windows because at least 70% of outside light has to pass through. Even rear-side windows need at least 70% light passing through for many car models. Furthermore, the state has deemed it illegal to sell or install glass that fails to comply with these laws and it’s illegal to operate a vehicle that has window tinting that doesn’t adhere to these standards. Other states have similar standards. In the end, the cost of installation probably isn’t worth the potential penalty you could face.

It makes sense that you’d want upgrades that make your life easier and safer. After all, there are more than 5,891,000 car accidents that take place in the U.S. each year. But while features like automatic braking and lane change alerts might help keep you safe on the road, you might want to skip upgrades like automatic windshield wipers. Rain-sensing windshield wipers have a lot of potential, but they’re also prone to a number of mishaps. In many cases, they’ll switch on when you don’t actually need them — and if they aren’t at the right speed, you’ll have to manually adjust them anyway. They might be a decent upgrade to consider in the future, but the cost of the technology might not pay off yet.

You’ve probably seen cars with extremely bright headlights on the highway. And while this can be a real nuisance when a driver is directly behind you (and blinding you in the process), you might still envy their superior visibility. In other cases, you might notice that certain headlights seem to have more glare than others or jump out as being a different hue. This could be due to illegal headlight installation. Federal law states that headlights must be a shade of white, amber, or yellow; red and blue bulbs are not legal. You should definitely steer clear of those, as you can be cited for driving with them.

However, studies have found that LED headlights — which are often favored for their reliability and eco-friendliness — emit a much harsher-looking light than traditional headlights do. Even though they actually emit around the same amount of light, the cooler color temperature of LEDs tends to look harsher to others. In addition, improperly aimed headlights can cause discomfort for other motorists. You also need to use the proper bulbs meant for your headlights. There’s technically nothing illegal about having LED headlights on your car — but if you do upgrade any lights around your car, make sure you aren’t breaking any laws.

Cars that are overly lowered or overly raised will stand out from the crowd… but it might not be in a good way. Not only can these design modifications look silly, but they can have a negative impact on how your car drives. If you have the suspension lowered too much, your car will be more prone to even the smallest of road hazards. Raised cars are also a lot less stable and can be detrimental to your visibility. While some dealers can raise or lower the car a little bit before you drive it off the lot, remember to keep it in check and ask yourself why you want this modification in the first place.

It can be exciting to buy a new car — or even modify your existing vehicle. But don’t be too quick to spend your hard-earned money on certain upgrades. If you aren’t careful, you could end up owing a lot more than you budgeted for.

Spread the love
By Timothy Werth|December 3rd, 2020|Categories: Blog|Comments Off on 5 Car Upgrades You Shouldn’t Waste Your Money On