5 Great Tips For Getting and Staying Out of Debt 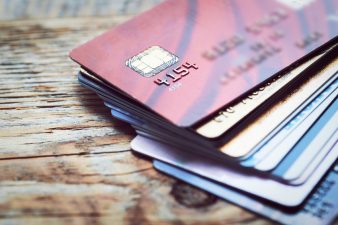 The combined debt of Americans has hit a record $13.1 trillion. That means most of us need to learn about staying out of debt

When Do We Accumulate Debt?

According to Time Money, the average American starts accumulating debt in their 20s and 30s. That debt nearly doubles by the time they are in their late 30s and 40s. To put that in perspective, here’s how much typical Americans owe in debt overall, broken down by age group:

“The trend tends to follow when people have children and those kids’ needs,” said John R. Salter, professor of financial planning at Texas Tech University. “We see that rise in debt at the time most people are looking for bigger homes to get more space for their family. Also, when buying cars for their children, or paying college tuition for them.”

There are all sorts of reasons for these high debt statistics. Some include poor financial literacy and responsibility, high student loans, difficult job market, and much more. Thankfully, there are plenty of things you can do in order to not only prevent yourself from falling victim to serious debt issues, but from getting out of debt altogether. Here are some tips for better handling your debt:

Staying Out of Debt Tips

Make sure you’re doing everything you can to not only get out of all your current debt, but stay out of debt altogether.

Spread the love
By Timothy Werth|August 16th, 2018|Categories: Personal Finance Tips|Comments Off on 5 Great Tips For Getting and Staying Out of Debt