IRS Will Let You Write Off Bitcoin Losses

Bitcoin losses can actually work in your favor — you can write them off on your next tax return.

That’s only if you sold bitcoin at a loss in 2017 — or any other cryptocurrency, for that matter.

You can’t claim a loss or gain on bitcoin that you’re still holding. It’s only when you sell a cryptocurrency that you have to report it to the Internal Revenue Service, just as you would in the case of a loss or gain on a stock transaction. 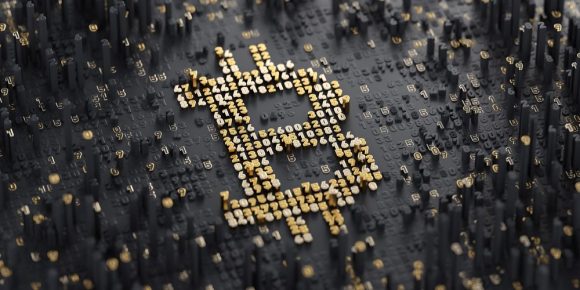 If you held the cryptocurrency for at least a year and sold it for a profit in 2017, you pay tax at the capital gains rate — applicable to the difference between the price you paid for the crypto and what you sold it for.

If you sold it in 2017 after holding it for less than a year, you pay income tax on that profit, whether you harvest into dollars or any other currency.

Although the capital gains tax rate is lower than income tax rates, the latter have dipped thanks to the Tax and Jobs Act.

(If you own any cryptocurrency funds and they paid dividends, you’d have to pay taxes on those dividends — but it’s highly unlikely that a crypto fund would  be paying dividends anytime soon.)

Whether you profited or lost money on a cryptocurrency transaction in 2017, you report this activity in Schedule D of your tax return — the same place where you would report capital gains or losses on any other type of investment, along with any self-employment income.

Unfortunately, it’s no longer possible to get away with not disclosing crypto profits to the IRS.

Like it or not, the IRS will eventually get wind of your crypto trading profits, as it is now privy to information from any U.S. exchange you might have transacted on; the agency essentially won the right to this data in court in November.

Spare yourself the interest and penalties you might end up owing from attempting to not report capital gains on cryptocurrencies — the IRS typically takes at least six months to catch up on nonpayments, so you’ll end up owing extra money as interest or penalties.

And even if you did a cryptocurrency transaction on a site that is not based in the U.S., and even if you move the funds into a currency other than the dollar, these sites aren’t immune to the tax treaties that the IRS has already been brokering with foreign countries.

It might take longer for the IRS to obtain information on activities on foreign sites, but eventually, the prevailing trend in the IRS’ fact-finding will play out here as well.

Although cryptocurrencies’ origins included a lack of real taxation on them — and policies to support that — slowly but surely, regulators around the world are making it harder for people to dodge this type of tax.

Readers, what concerns do you have about the next tax filing deadline?

Whether you profited or lost money on a cryptocurrency transaction in 2017, you report this activity in Schedule D of your tax return — the same place where you would report capital gains or losses on any other type of investment, along with any self-employment income. If you trade Bitcoin with an automated trading robot such as the Bitcoin Future, you still need to report the losses according to the tax rate.