Bitcoin vs Ethereum: Which one is better for Mining? 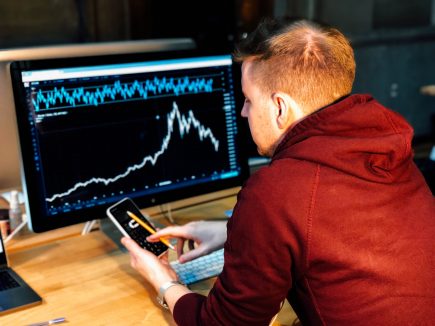 There was a time when Bitcoin was the only profitable cryptocurrency to mine. Nowadays there is a long list of cryptocurrencies that miners can take advantage of and make money. Chief among them is Ethereum, one of the top 3 best altcoins to invest in. But before you choose whether to mine Bitcoins or Ethereum learn the following.

What is Cryptocurrency mining?

Cryptocurrency mining is the process by which payments are verified and added to a digital ledger known as the blockchain. When one blockchain is verified, a new Bitcoin is released. Bitcoin and Ethereum miners use powerful mining machines to solve complex math problems that help arrange new transactions into blocks. The miner who solves the correct algorithm places the next block and earns a miner’s fee that is usually paid by traders.

Why is Bitcoin Mining Necessary?

What’s the Reward for mining?

How is mining done?

The Tools used to mine Bitcoin and Ethereum

When Bitcoin was first launched in 2009, mining was fast and easy. It was possible to mine Bitcoins using a normal computer CPU. Back then, the block reward for mining Bitcoins was 50 BTC. Over time, Bitcoin toughened the mining algorithm to make it near impossible to mine using CPUs. Miners switched to GPUs, but then they were later overtaken by ASIC machines

What is an ASIC Mining rig?

Also known as Application-Specific Integrated Circuit (ASIC) machines, these mining rigs are best suited to solve the complex algorithms needed to validate a block of Bitcoin or Ethereum transactions. There are ASIC machines customized to mine either Bitcoin or Ethereum. But in general, these machines must fulfil the following criteria to warranty better return on investment:

ASICs are Expensive-How else can you mine Bitcoin or Ethereum?

For most miners, ASIC machines are the best bet for making money. However, there is an alternative option known as cloud mining. The process involves using a cloud-based data center that provides you with the computing power needed to mine either Bitcoin or Ethereum. Miners pay a fee for this service, which means that the end returns on investment can be much lower when you add power consumed when mining.

It is possible to mine Ethereum using GPU and make money off if it as expounded on https://www.abitgreedy.com/mining-Ethereum/. However, like buying an ASIC machine, mining Ethereum is an investment that requires almost the equivalent of purchasing an ASIC machine. Here is why:

Both Bitcoin and Ethereum have stable prices in the market. Bitcoin is currently valued at $10,000 (as at the time of writing), while Ethereum is still hovering at $800. However, when it comes to mining either cryptocurrency, keep the following points in mind:

Spread the love
By Susan Paige|April 3rd, 2018|Categories: Personal Finance Tips|Comments Off on Bitcoin vs Ethereum: Which one is better for Mining?