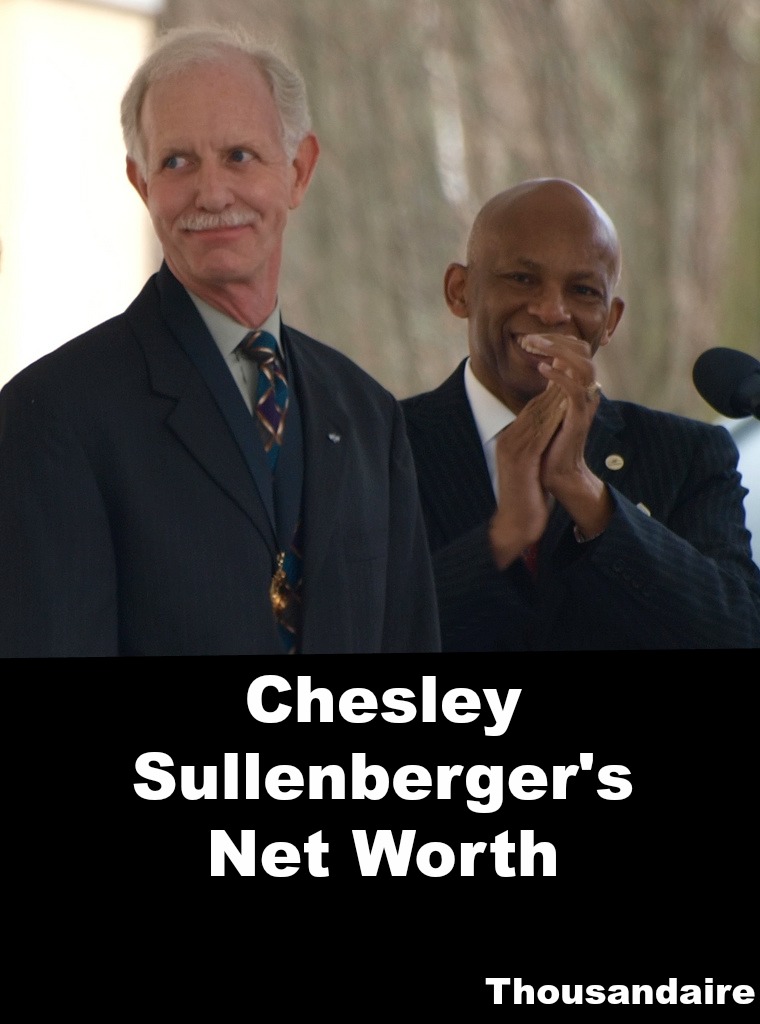 Chesley Sullenberger was born on January 23rd, 1951 in Denison Texas. He graduated from the Air Force Academy in 1973 wish a B.S and served for 7 years reaching the rank of captain.

His career in the military started in 1973 and ended in 1980. Afterwards, he began working for US Airways and did so for the next 40 years until his retirement in 2010.

On January 15th 2009 Chesley Sullenberger’s plane ran into a flock of geese forcing him to make an emergency landing in the Hudson. This act not only saved his life but the 155 other people on the plane. This also gave him a certain amount of fame.

Chesley Sullenberger’s net worth stands between $1.8 and $2 million dollars, no small number. However, if you factor in his long career (nearly 50 years) that number seems less impressive.

Add that to the fact that after US Airways flight 1549 he was able to add to his income a book deal Highest Duty: My search for What Really Matters, and then a few years later a second book Making a Difference: Stories of Vision and Courage From Americas Leaders.

If you compare Chesley Sullenberger’s net worth to many of the others we have discussed on this site it seems low. However, he was just a normal guy till a few years ago, and what he did doesn’t make money. He saved people’s lives and though people that do that deserve to be rich few are.

If you think that by selling those two books he was able to make a large amount of income then you overestimate a number of money authors make. No, he saved his money slowly investing it over a nearly 50-year career allowing him to retire completely in 2010.

It can take considerable time for wealth to grow. Chesley Sullenberger didn’t simply wake up a millionaire one day, he started as a thousandaire and grew from there.

That’s the best way for all of us to become millionaires someday. Start small, even just a few dollars, then a few more as time goes on that little amount grows to a lot. Compound interest and regular contributions can turn your thousands into millions.

Chesley was able to work well under pressure, saving himself and 155 others. He had years of experience and training under his belt that allowed him to do this, but at the end of the day being able to work under pressure saved all those people.

Though we will likely never be under the same kind of pressure, we can make sure we gain as much experience and training when we start a new endeavor. Want to start a business, start learning everything about the type of business you are getting into. And when you feel the pressure of starting such a business you will do well.

Chesley had saved money for years, but when he got a little fame from saving others he jumped on it and wrote a book. Though it didn’t make him rich it did add to his income.

We need to be ready for when things come our way if we see an opportunity to move up in the company or move across the country or buy an amazing investment, we want to be ready to take advantage.