Could You Win a Billion Dollars?

Could You Win a Billion Dollars?

You may have heard that Quicken Loans is offering $1 billion to anyone who enters their March Madness contest and picks a perfect bracket. 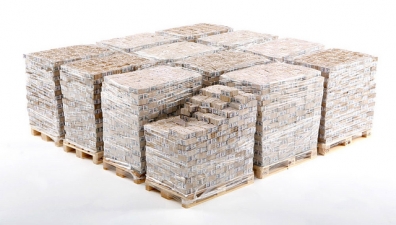 This is a pretty sweet deal. Even the best lottery jackpots are only a few hundred million and you have to buy tickets for that. This contest is a cool billion dollars and the entry is free!

Since I’m a numbers geek, let’s do some math!

March Madness vs. The Lottery

Let’s look at the odds of winning lottery games Mega Millions and Powerball compared to picking a perfect bracket.

The odds to pick a perfect bracket are hard to calculate. At worst, your chances are 1 in 9.22 quintillion — that’s if each game is a 50/50 chance. However, we know the games aren’t all literal tossups.

So using some of these pieces of information, one mathematician believes the actual odds are about 1 in 128 billion.

If he’s right, that means you have a better chance of winning over 700 powerball jackpots than you have of picking just one perfect bracket.

In fact, millions of brackets are filled out every year, and there has never been a verified perfect bracket in any year.

On a personal note, one year I had a perfect bracket after the first day (16 games). I started getting excited, thinking I might actually have a perfect bracket. By the time day 2 was over, I had picked 8 games incorrectly. Sad face.

To further demonstrate how difficult it is to pick a perfect bracket, last year only 47 out of 8.15 million brackets on ESPN.com picked all 4 Final Four teams. Less than 40,000 of those 8.15 million even picked 3 out of 4.

But What if It Does?

But let’s play a game where we live in the real world, where I’m full of distrust and cynicism. Let’s pretend you beat the odds and going into the Final Four, you have picked every single game correctly. Congratulations! You only need to pick 3 more games correctly and you win a billion dollars.

That billion dollars would actually come from Berkshire Hathaway, the company run by billionaire investor Warren Buffet. Mr. Buffet and all the people who invest their hard earned money into Berkshire Hathaway have a vested interest in not paying out a $1 billion insurance policy.

Imagine you’re 3 games away from winning a billion dollars. 3 games played by college kids who are living off a full scholarship and not even earning a dime off their basketball career. Most of them will never earn money playing basketball.

Now of course it is against NCAA rules for athletes or referees to be paid off to fix the outcome of a game, but with $1 billion dollars on the line, do you think all the fat cat investors in Berkshire Hathaway are going to care about NCAA rules? Do you really think they are willing to sit back and watch their company take a $1 billion loss on a a couple games of chance?

Call me cynical, but I don’t believe that for a second. I’m not saying I don’t trust Warren Buffett, Quicken Loans, Yahoo, Berkshire Hathaway, or anyone else in particular. I just think with $1 billion on the line and so many interested parties, I find it hard to trust everyone to mind their own business.

If it were me in that situation, I’d try to find someone to “buy my bracket” for a few million bucks. I’d take a guaranteed $20 million over the chance at $1 billion for sure!

But luckily, we won’t have to deal with that situation because the odds are it’ll never happen. (see above)

Even though I know the odds are terrible and I am confident no one will win the prize, I still entered the contest. I did it because I like picking a bracket every year, and also because the best 20 brackets win $100,000 each.

The contest is limited to 15 million entries, so with 20 first prizes you have no worse than a 1 in 750,000 chance to win a huge amount of money! Those are the kind of odds I like!

I’ve got Florida winning it all over Wichita State. Let’s hope I’m right!

Readers: Are you entering the Billion Dollar Bracket Challenge? If so, tell me who you are picking for your championship game.