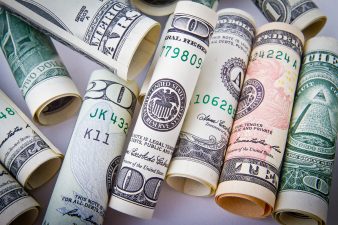 About 15 years ago, when I worked in academia, the payroll office accidentally double deposited my regular paycheck. For a reason that I still don’t understand to this day. I remember standing at the ATM, like a character in one of those bad independent films, trying to understand the meaning of it all. “What should I do?” I thought to myself. Alerting the office was the last thing on my mind.

To me, there had to be a better resolution to this situation that didn’t involve me giving the money back. So, I did something that I knew I shouldn’t have. You know when you hear your conscience warning you not to do something, but you ignore it? I withdrew all of the money. Well, I had bills to pay, and it wasn’t my fault some bureaucrat in payroll isn’t as good at math as they should be.

Looking back, it was a weird way to look at the situation. Nothing in life is free — especially unintentional monetary advances. Since I was paid bi-weekly at the time, I had to reimburse the accidental advance with my next check.

I had to wait an entire month to withdraw my next paycheck after that situation. I wish I can say I would react differently now. Who wants to give back accidentally gained, “free,” money? Especially in this economy?

The problem is that sooner or later, you’ll have to pay. I am not the only person who has ever been in this situation. Recently, over 66,000 citizens of Louisiana found themselves in a similar circumstance. It is a situation no one should find themselves in. No matter what you do, you just feel like you are making the wrong choice.

On March 13, 2019, over 66,000 residents of Baton Rouge, Louisiana accidentally received double the amount of tax refund owed to them. Jacques Berry, a spokesman for Louisiana’s Division of Administration, said that a state computer file functioned, “abnormally.” As a result, duplicate tax refunds were given out. Berry said in an official statement on March 15, 2019, that the state was actively working to reverse the overage duplicate payments.

Most people received the duplicate tax refund payments via electronic means like direct deposit. Berry said that the state was contacting such banks to automatically reverse the payment overages. Berry stressed that affected Baton Rouge residents should not withdraw any accidental overage amounts they received. Most of the duplicate returns would be electronically recovered.

Due to the state’s, “abnormal,” computer glitch, 66,000 residents received over $26 million in duplicate tax refunds. That is a lot of money for the state to expect to remain untouched through the honor system.

The average tax return amount ranges between $1,000 and about $3,000. The IRS distributed about 46 million tax refunds in 2018. Experts in finance say that it is better to get larger paychecks than to rely on a tax refund every year. That is easier said than done in today’s economic climate. The average American spends $10,000 a year on rent, $9,000 on transportation costs, and $6,600 on food. Just to name a few household expenses.

It’s very easy to understand why someone might be tempted to keep an accidental bonus payment. The problem is, you won’t be able to keep the money. Even if it’s a mistake by your job or the IRS, you’ll have to give it back, one way, or another. Then you’ll be short money in the future when you really might need it. As tempting as it might be, it’s always good to remember that there is no such thing as a free lunch.