FICO and the BCS are Equally Stupid

College football sucks. And not just because the Missouri Tigers have never won a National Championship. The Bowl Championship Series (BCS) is the worst thing that has ever happened to sports. It’s so bad that the federal government is starting to ask questions about why they have such a stupid system.

If you are unfamiliar with the BCS, it is a mathematical system that determines which teams will play for the NCAA National Championship. There are three components: a poll of NCAA coaches asking them to rank the top 25 teams (the USA Today Coaches Poll), a poll of former coaches, athletes, and journalists (the Harris Interactive Poll) and six computer rankings.

Most sports fans hate the BCS because they want a playoff system. I hate it because of the secrecy.

I’m no expert on the BCS computer rankings, but it’s my understanding that only one of the computer ranking formulas has been released to the public. That means athletic directors are creating schedules and teams are playing games without even knowing if they are doing the right things.

Is it better to drive up the score, or do the computers look down on that? Do the computers care if we go for it on 4th and 1? Are they counting attendance at home games or how many times the coach is caught picking his nose on camera? Nobody knows except the nerds who calculate the rankings.

Each team is just flying by the seat of their pants with their destiny in the hands of a secret computer formula.

Now that I mention it, this reminds me of something we all deal with every day.

If you have ever tried to get a loan for anything, you are aware that your credit score is pretty much the most important factor in determining whether or not you will be approved for a line of credit.

Some people hate credit scores, but I think they are necessary. Imagine you are thinking about giving someone a loan. Wouldn’t you want to understand their credit history and how well they have paid loans and managed their finances in the past? Of course you would.

The FICO score would probably be perfect if consumers had any freaking idea how it is calculated. We all have to go about our lives wondering if applying for a new credit card will help our hurt our scores. We have no idea if we lose points for doing something responsible yet unprofitable for banks, such as paying off credit cards in full every month or applying for new cards to get rewards.

FICO Shouldn’t Be A Secret

First of all, I can’t even check my FICO score, which is the one most lenders use. I can check my TransUnion credit score free at CreditKarma (love this site!), which is supposed to be a good estimate of my FICO score.

If you look for information about how stuff is calculated online, most will tell you a few generic rules like, “Don’t close accounts that have been open for a long time,” or “Don’t open new lines of credit.” These sound like they might be good ideas, but how can we know?

The answer is we don’t.

It went up 20 points. Then from April to May it went up another 10. You can check it out from my CreditKarma report. 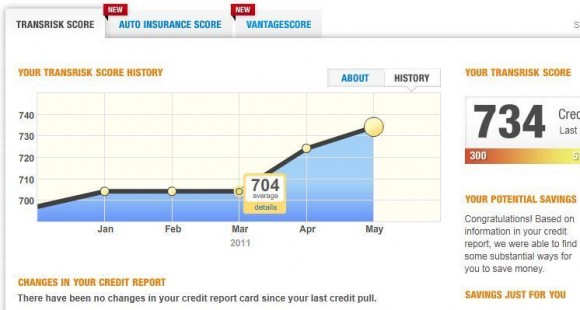 Well heck, I might as well just keep applying for more credit cards! Paying all my bills on time didn’t do anything for me, but opening a new line of credit got me a huge jump.

And yes, that’s my actual credit score. I don’t care who knows. Consider posting my score an act of defiance. If FICO were as open about their “super stupid secret formula” as I am about my personal score, I think we’d all be better off.

Maybe we should all tell the U.S. Justice Department that they need to stop messing around with the secret college football formula and start addressing the secret FICO formula that affects every one of us who ever wants a loan.