A guy a know spent $306,538 on a ride home from dinner with friends on Wednesday night because he made an idiotic decision.

Okay, so I don’t actually know the guy. I’m talking about Gary Pinkel, head coach of the Missouri Tigers. Yes, the same Tigers who happen to be my favorite football team. This is a very sad day for me.

But after going out to dinner with friends and having a few too many drinks, he decided a $50 cab fare would be too expensive for his budget. He tried to drive home drunk, got arrested, and now he’s suspended from his job for a week.

That’s right; Gary Pinkel put over $300k on the line (as well his own life and the lives of everyone else on the road in Columbia, MO) to try to drive home drunk instead of just calling a cab. 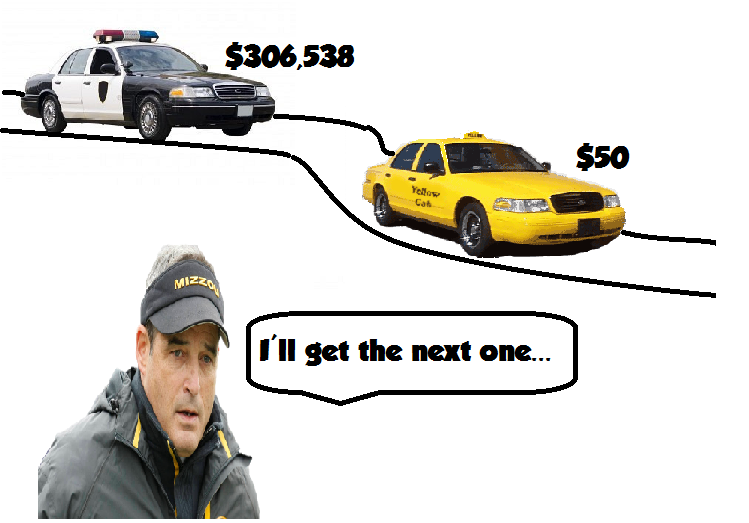 I don’t necessarily think Pinkel is an idiot, but this has to be one of the most idiotic decisions I’ve ever seen anyone make.

As punishment for his actions, the school is withholding two weeks’ salary ($13,462) and incentives ($68,076), a bonus he would have been paid for making a bowl ($75,000) and his salary increase for next year ($50,000). And, he’s donating $40,769 to the school’s Wellness Resource Center, which is responsible for educating students about the dangers of drinking and driving.

Gary Pinkel’s contract has a clause that pays him $100,000 in what is called a “social responsibility bonus”. That’s right folks, the man was literally getting paid $100,000 a year to just be a good citizen and not get behind the wheel drunk or break any other laws. And yet, knowing the dangers of driving drunk and how much money was on the line, he still did it.

Question of the Day

So here’s my question to you. How much money would someone have to pay you (annual salary) to GUARANTEE you’d never get behind the wheel after drinking.

And I’m not talking about driving if you’ve had 3 or 4… or maybe 5 (who’s counting anyway) and think you would blow a 0.07. If you’ve had more than one drink for every two hours you are out, you’re taking a cab just to be absolutely sure you don’t end up on the frontpage of ESPN.com, or worse, in the obituaries. I don’t care how your body reacts to alcohol; these are the terms you must abide by to receive the money. Two drinks at dinner and you can’t drive yourself home.

It’s not that you can’t drink; you just have to take a cab if you’ve been drinking.

For me personally, I hate the taste of alcohol and don’t drink the stuff, so I’d probably set my limit at $250. On the off chance I’m out somewhere and I do have a few drinks, I’d want enough money for a cab. DFW is a big place, so I could easily see the cab costing over $100. So let’s call it $250 a year and I can guarantee a 0% chance of me driving with even a small, legal amount of alcohol in me.