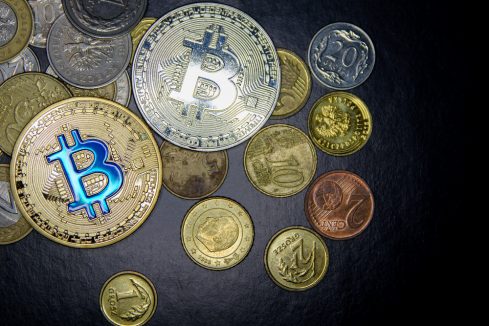 When the bitcoin, the first cryptocurrency, debuted in 2009, financial analysts expressed their doubts about the long-term sustainability of the digital currency. Over the years the value of the currency has fluctuated widely, underscoring concerns that the currency is unstable at best and dangerous to world markets at worse.

Now some countries are taking steps to limit their citizens’ ability to use cryptocurrencies, including bitcoins and other digital currencies, for payments and investments.

Bitcoin is a form of digital currency. It was developed by an anonymous Japanese inventor who based its value on mathematical proof. Bitcoins are not issued as legal tender by governments – new bitcoins are “mined” and the currency is “cyber” with no 3-dimensional coins or bills. The electronic payment system is archived in cyberspace so bitcoin users can only access bitcoins, invest them (and in them) and use them virtually.

The bitcoin developer proposed the new payment system as a method of online financial transactions that could be independent of any central authority. According to the developer’s vision, users would transfer bitcoins easily among themselves. There would not be any high transaction fees.

“Miners” mine new bitcoins via complicated software programs that crunch numbers and solve complex algorithms within the bitcoin distribution network. Transactions can also be made through this network, using the bitcoin currency.

Each bitcoin can be divided into smaller parts. The smallest divisible amount of one bitcoin is a “Satoshi” — one hundred millionth of a bitcoin.

Bitcoin protocols state that there is a finite number of bitcoins. After 21 million bitcoins have been mined (estimated to be sometime in the 2030s), no new bitcoins will be available.

Numerous countries are acting on concerns about the spreading use of bitcoins as legal tender. Many vendors now accept bitcoins as a method of payment including Internet providers, travel agencies, Vegas online casinos, rental companies, food stores, pizza parlors and bookstores. The privacy-conscious also favors Bitcoin since it allows for anonymous transactions to the annoyance of the government.

Until recently most governments ignored bitcoins but that’s changing. Governments are worried about the loss of tax revenues by people who don’t report their untraceable bitcoin income. They also worry that a bitcoin crash could negatively affect world markets including the major stock exchanges.

Some of the countries that are now focusing on bitcoin regulation include:

The Securities and Exchange Commission has begun to crack down on cryptocurrencies such as bitcoins by suspending trading in shares of some digital currencies. Harvey Pitt, former chariman of the SEC, explained that “We’re in line for some serious regulatory responses to all of this and that will be forthcoming after the first of the year……everyone else is investing in it, and the price seems to be going up. That’s a real problem because there’s a lack of education and knowledge on the part of many of the people who are actually doing the investing.”

Israeli authorities are cracking down on cryptocurrencies by barring companies that trade in bitcoins from operating on the Tel Aviv Exchange. The Israel Securities Agency took action after the Financial Industry Regulatory Authority (Wall Street’s self-regulator) warned against companies that “tout the potential of high returns associated with cryptocurrency-related activities”.

Director Shmuel Hauser, who has termed the skyrocketing bitcoin value as “a bubble,” appointed a committee to investigate options for regulating the digital currency. The committee is expected to submit its report soon. Hausner said that “Nobody knows what stands behind this” so regulation is needed “because the public is unprotected.” This comes as, in a matter of weeks, the value of a bitcoin fluctuated from a high of $20,000 to a low of under $11,000.

Hauser decided to bring the Financial Industry Regulatory Authority into the picture after several Israeli companies announced their intention of delving into the bitcoin trade. The companies’ shares soared on the Israeli market but the speculation worries the authority. Hauser said “I think it looks like a bubble, smells like a bubble, acts like a bubble and feels like a bubble.”

Hauser’s plan would prevent companies whose “principal services” are in digital currencies from trading on the Tel Aviv market, Companies that are already listed on the exchange, who shift “the majority of its operations “ to bitcoin, would be removed from the Tel Aviv exchange. Despite this Israel’s finance ministry and central bank are rumored to be considering the creation of a state cryptocurrency — a digital shekel — which would be available for use in cellular transactions within Israel. The rationalization for such a currency would be to allow individuals and businesses to bypass banks in transferring cash.

A Ministry of Justice spokesperson confirmed the intention. “Regulations for the closure of cryptocurrency exchanges have been in preparation and we plan to cooperate with related departments to approach the issue.” The move, however, is opposed by the main opposition party, the conservative Liberty Korea Party.

China is one of the largest countries that has decided to crack down on digital currencies. China’s government announced plans to shut down Bitcoin miners. The stated reason was to save energy — bitcoin mining uses an inordinate amount of electrical current.

But in actuality, the Chinese government shares the concerns of other world financial bodies that allowing  bitcoin transactions creates instability for the financial structure of the country the at best and,  at worst, is a tremendous risk.

Risks of allowing cryptocurrencies to proliferate in the economy include malicious acts like fraud and money laundering as well easily criminal activities. Some cryptocurrencies have already been linked with Ponzi schemes that operated in order to raise illicit funds.

In one of its first moves, Chinese financial authorities have shut down cryptocurrency exchanges. They also blocked  cryptocurrency platforms that permit centralized trading.

In a growing number of countries, after almost a decade of almost completely unregulated cryptocurrency activity, the digital method of transactions and investments seems to be headed for a showdown.

Spread the love
By Susan Paige|February 21st, 2018|Categories: Economics / Politics|Comments Off on Global Crackdown on Cryptocurrencies