Yesterday was Tag’s birthday, so I had a very busy weekend between Thanksgiving, Black Friday shopping and Tag’s birthday. Unfortunately I was running around all weekend and still haven’t received my new flip cam, so I don’t have a vlog for today. I promise I’ll make it up to you sometime this week. 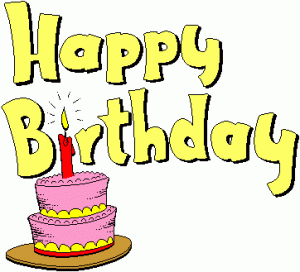 Today I want to talk about Tag’s birthday. We had a heck of a time and I want to let you all in on some of the fun and how I kept my expenses reasonably low.

The first thing I did was give Tag her present. We don’t usually give physical presents, but I found something perfect for her at Slick Deals. A friend of mine informed me of Slick Deals a few weeks ago, and I’m there every day now looking for a good sale. I bought Tag a Victoria’s Secret sweater for less than $20, and it included a gift card worth $10 or more.

The deal was great, but here’s the truly amazing part; I actually picked out a sweater Tag likes (at least that’s what she tells me)! Here’s the not-so amazing part; I left the receipt out on my kitchen table and Tag found it before I gave her the gift. I was clever enough to hide the gift where she’d never find it, but then stupid enough to leave the bright pink receipt out in broad daylight!

After I flubbed up the gift, I took Tag to lunch at Hard Eight BBQ. We went there because I signed up for the American Express Small Business Saturday, which means my AMEX would give me a $25 statement credit for spending $25 or more at any small business. It’s a great promotion and I truly hope it helped small business all across the country. It was definitely the main reason we chose Hard Eight for lunch, and our meal was essentially free.

I was kind of an idiot at least twice on Tag’s birthday, but that’s actually a lot less than usual. We had two great meals, I got her a present she actually liked, and we had a fantastic time at a Murder Mystery Theater. The whole thing cost less than $130 too. I think it turned out pretty darn well.

Today’s Thousandaire Question: What’s the best birthday you’ve ever had?