How To Get a Free European Vacation

A couple months ago Kevin wrote a post about how he made $881.85 in free money last year, most of it through credit card rewards. As someone who runs a forum/blog dedicated to credit cards, you could say I know quite a bit about this topic and I have to give props to Kevin, because he definitely knows his stuff too! In fact, most of the cards he listed are the exact same ones I use myself, including the British Airways credit card which I opened to help fulfill my New Year’s Resolution.

What?! How does that fulfill my New Year’s resolution? Well I’ve never been to Europe (heck, I’ve never even been outside North America) and with the crappy conversion of dollars to British pounds and euros, who can afford it to take a trip there nowadays? I sure can’t, and that’s why my goal for 2011 was to get a free vacation to the UK using nothing but credit card promotions. Here’s how I’m pulling it off:

Back in April, Chase was offering a killer 100,000 mile British Airways credit card promotion. The catch? You had to spend $2,500 within your first 3 months to score the 100,000 bonus miles. However that’s not hard to do when you think about it, because that equals out to be only $833/month. What I did was pay 6 months of my car insurance, which took care of half the amount right off the bat. If all else fails, you can always send a Paypal payment to a friend/relative that will give it back to you. Yes, it will cost a 3% fee but I would say that’s worth it for this. 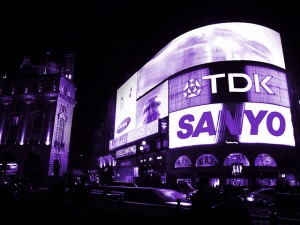 If you book your flight far in advance, 100,000 miles is enough to score you 2 round-trip flights from the U.S. to various European destinations, with London being one example. I played around on the British Airways site to see how much 2 tickets would cost if I paid cash and it looks like the value of this deal is worth at least $1,200 to $1,400.

Now for the bad news… after reading that you’re probably asking “where do I sign up?” and unfortunately, you can’t. Chase ended the promotion on May 5th so this train has left the station. However I’ve heard rumors they might back back another lucrative promo in the not too distant future, but I have no idea whether or not it will be for that staggering sum of 100,000 miles; keep your fingers crossed.

Kevin’s Note: One thing to remember about British Airways miles is that instead of using 50,000 points for a free round trip to London, you can get the same flight for 25,000 points plus $290. This is a good way to get cheap tickets for lots of people if you plan to travel with more than two.

Now I have a couple different routes I can go to get free hotel stays for my vacation:

Each type has its pros and cons and I actually haven’t made my decision yet for this. Due to the low value of the dollar, I’m leaning towards a hotel branded card because my points will probably go farther. That being said, in my review of the Chase Sapphire I talk about their new promotion for the “Preferred” version which now gives $625 towards air/hotel. As I write this, that would equal about 385 British pounds (GBP).

I checked Priceline and saw some decent-looking places in London for 74 GBP per night, so I’m hoping that would pay for at least 4 nights but I think with some more digging around, I could probably stretch it into 6 nights.

Kevin’s Note: Don’t be afraid to stay in hostels when in Europe. I lived out of a backpack in hostels for five weeks and loved every minute of it. It saves a lot of money and is tons of fun.

Okay I admit, this is kind of cheating because I won’t be getting these through signup promotions, but rather through my regular card spending. I plan on redeeming some of my Citi ThankYou points and Discover Cashback Bonus for restaurant gift cards. Yes, America has globalized fast food and I can get gift cards for places like Chipotle, Starbucks and Pizza Hut and use them in the UK. Plus, I hear the Brits make awful food so I don’t really want to eat authentic, anyway.

Kevin’s Note: Be prepared to spend five or six pounds (which is 10-12 dollars) on a Big Mac, small fries and a 16 oz soda with no refill. Food in London is absurdly expensive.

Finding sizable airline and hotel bonuses shouldn’t be too hard, but finding good cash signup bonuses to cover expenses in the “everything else” category could be a challenge. I’m talking about all the miscellaneous costs such as bus and rail tickets, going out for drinks, and those pesky airline fees and surcharges (which you usually have to pay out of pocket with award tickets).

For these expenses, I’m thinking I will have to come up with at least $500 to $750 in cash or equivalent statement credits. The problem is that credit cards rarely offer sizable bonuses for these, so I might end up having to use two different offers to come up with the full amount.

The Citi ThankYou Premier was launched last December and is a card both Kevin and I use. Unfortunately though, both of us signed up at the wrong time because up until June, the bonus offered was only $200. In my Citi ThankYou Premier card review I talk about their new offer, which is for 50,000 points – enough for $665 in airfare or a statement credit worth a few hundred bucks. I will need to find two offers similar to this in order to come up with the money I need.

If you want to know how to get a free vacation to Europe, this is definitely a feasible way to go. However, I must warn you that opening and closing cards isn’t the best thing for your credit. It decreases the average account history length and the hard credit inquiries (credit checks) can adversely affect your FICO for 12 months after. But if you’re like me and don’t plan on getting a mortgage or buying a new card anytime soon, then the benefits might outweigh the costs.