Ideas about IRA’s that are dissallowed

Ideas about IRA’s that are dissallowed 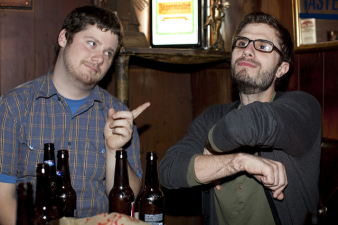 This is generally how one gets “novel” ideas about an IRA

I’m hoping that this list might save some people some time.  After spending a certain amount of time with tax-advantage vehicles there is an inclination to try to get “creative.”  Unfortunately, creativity in this space is mostly disallowed, and more often than not it’s a bad idea.

Collectibles in an IRA

The idea:  Let’s say that I’m a big fan of Magic: the Gathering.  Magic is a trading card game and some of the cards can be quite expensive.  Valuable cards used in high-profile tournaments and can run between $50 and $100.  Some even sell for as much as $5,000.  You might be inclined to think, well, I could just support my hobby tax free.  I’ll put money into an IRA and spend that money on these expensive cards that I would have purchased anyway and now I still get to use the “invested” money.  Since these cards have marched upwards in value over the last 23 years, you might even have a sensible argument that the money was reasonably invested.

The IRS: The bottom line here is that you can’t own collectibles in an IRA.  I think the fear the IRS has here is that you it would be very easy to turn a hobby into a tax deduction if they allowed something like this.  (Which, really, is exactly what you’re trying to do). It’d be very hard, I think, for the IRS to distinguish between people who owned, say, an antique arcade game for investment purposes and those who held it because they enjoyed playing antique arcade games.  They do make certain exceptions for some US minted gold coins.

Why it was a bad idea anyway: Most collectibles aren’t good investments.  First, off they aren’t very liquid finding a buyer for thousands of dollars of magic cards isn’t straightforward.  The bid-ask spread (the difference between the price you can buy something at and the price you can readily sell it at) in our magic card example is something like 50%.  Most collectibles have similar spreads.

Correctly guessing the future value of collectibles is very difficult and not to be underestimated.  They also have the unfortunate quality of just sitting there.  They, themselves, don’t throw off cash, and the market gods help you if you decided to invest in Beanie Babies.

Ultimately, if you think some specific collectible will do well, you’re often better off investing in the company that makes them, at least that company is trying to make money, and if it’s part of a diversified portfolio you also get around most of these other drawbacks.

Your Business in an IRA

The idea:  Let’s say that you have some freelancing job.  Wouldn’t it be great if you didn’t have to pay tax on your profits?  Well, what if you formed an LLC and deposited all of its ownership interest in your roth IRA?

Then just do a 72t withdrawal and bam, you’re living tax free!

The IRS:  Not even a little okay. Basically if you have any control over the an entity inside your IRA the entire IRA could be declared invalid.  This is a very bad thing.  You then immediately owe taxes and penalties on the contents of the IRA.  What’s more the IRS may even penalize the trustee of your IRA.  In practice this means that any self-respecting institution will not allow you to do something like this.

Why it was a bad idea anyway:  Your retirement accounts are stupidity insurance.  If you put money into an IRA and a 401k it gains not just tax protections, but also many protections from creditors.

You can make serious mistakes with credit cards, real estate, or in your own business.  Declare bankruptcy, and in many situations still have a secure retirement.  This is an amazing boon.  If you engage in certain transactions with your IRA you can lose this bankruptcy protection.

This is one of the few countries in the world where failing once doesn’t ruin your whole life, you wouldn’t want to put yourself in a position where your risky startup could put a bullet hole in your retirement.

Life insurance in an IRA

The idea:  If I’m going to buy life insurance anyway, premiums are not typically tax deductible, but my cousin says that life insurance is a great investment.  I’ll buy it through my IRA and then I won’t have to pay tax on the premiums!

The IRS: Typically life insurance can’t be purchased in an IRA.  There are exceptions, and those exceptions require both specific types of retirement plans (“qualified plans”) and that the “insurance value” of the life insurance plan be incidental compared to the retirement value.

Why it was a bad idea anyway: I don’t want to say all non-term life insurance is a scam.

Your House in an IRA

The IRS:  There are many ways to access IRA and other retirement money to use for the down payment on your first house.  None of these ways allow you to actually hold the house in your IRA.

Contrary to popular belief, however, it is possible to own real-estate in an IRA.  The rules regarding this are a little complicated, but the upshot is that

A) you have to hire an unrelated management company to rent it out, do upkeep, etc.

B) if you get a mortgage the percentage of the real-estate that is mortgaged doesn’t really count as being in the IRA.  This means that you have to calculate that portion and make sure that this percentage of the rents you earn doesn’t end up in the IRA and that you do pay taxes on that percentage.  This gets complicated fast and you’ll almost certainly need an accountant that has experience with this sort of thing.

Why it was a bad idea anyway: The whole point, if you don’t have a strong opinion of changes in your tax bracket, of the IRA as a tax shelter is that it saves you all of the tax on earnings your investments make.

Even if you have a really expensive house losing the tax benefit of the first half million dollars of gain in your IRA isn’t great news.  Also, price appreciation of real-estate over retirement investing timescales is like 3-4%.  Compared to stocks this return is quite pitiful.

For now, you’ll just want to stick with these.  Getting creative is valuable.  Use your creativity in your other endeavors.  When it comes to taxes creativity isn’t generally a good idea.

Spread the love
By Adam Woods|May 13th, 2016|Categories: Blog|Comments Off on Ideas about IRA’s that are dissallowed