So You Think You Can Live on Minimum Wage? Good Luck with That! 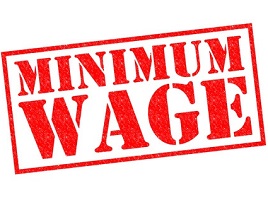 Minimum wage might be doable if you live with your parents or a romantic partner. But on your own, it’s really tough — be prepared to make sacrifices.

The federal minimum wage is $7.25, but 29 states, dozens of cities and the District of Columbia have higher minimum wages.

Before you pack up everything to move to one of the locations with higher minimum wages, you should know that it won’t feel like you have more money to spend in one of these locations: in every case, the cost of living is proportionately higher.

The highest minimum wage in the country, $14, just so happens to be in the most expensive city in the U.S. San Francisco. Even though it’s nearly double the federal rate, it requires lots of sacrifices, starting with your living arrangements.

If you’re not living with your parents or a romantic partner, all you’ll be able to afford is a room you share with your roommates — if it’s not two or more of you in a bedroom, you might be the one who crashes on a sofabed in the living room.

The average pay needed to afford your own bedroom in San Francisco is $28 an hour, according to the National Low Income Housing Coalition’s latest annual survey on the unaffordability of housing.

According to that same survey, there are only 12 counties in the U.S. where a minimum wage earner can reasonably afford a one-bedroom apartment.

Although you can seek out affordable housing opportunities in many cities, competition for these homes is so fierce that applicants have to participate in lotteries.

And there’s some element of that competition when you apply for room shares that have prices you can afford, so it might take you a while to find something.

The financial constraints don’t end with the rent situation because you’re only going to have a couple of Franklins to cover monthly expenses.

Even when you share a room with someone, you’re still going to have to budget like crazy. Unfortunately, you’ll find it extra challenging to stick to a budget if you’re sharing a room with someone other than a spouse or significant other: Not having enough living space tends to drive people to go out more frequently.

Whether that takes the form of hanging out in bars or going out to meals, the temptation to outspend your budget is proportionate to the number of people you hang out with whose earnings exceed minimum wage.

If you’re not disciplined about sticking to your budget, you might find yourself having to choose between groceries and paying your bills — like $50 to $100 a month for a cell phone, perhaps $10 or more monthly for electricity if you’re sharing with roommates, another $20 or more a month for shared cable.

You Probably Won’t Qualify for Aid

You could try to cover these expenses by applying for aid programs — including ones that give free cell phones to the indigent and others that provide free groceries — but most of them stipulate income limits beneath minimum wage.

So you’ll have to continue to cut costs in other areas, like transportation. Unless someone gifts you a car, you won’t be able to afford one yourself, let alone gas and auto insurance. Even mass transit might be a stretch — you could find yourself walking a lot.

And if you’ve also got to pay off student loan debt, you might have to choose between not eating, getting a second job and moving in with your folks.

The average monthly student loan payment is $280, assuming a 6% interest rate and a 10-year term.

Suffice it to say that minimum wage is called minimum for a reason: it requires minimalism. While you might be able to make ends meet on minimum wage in the short term, eventually you might get frustrated by the limitations you encounter.

Readers, have you had to make ends meet on minimum wage at any point in your life? 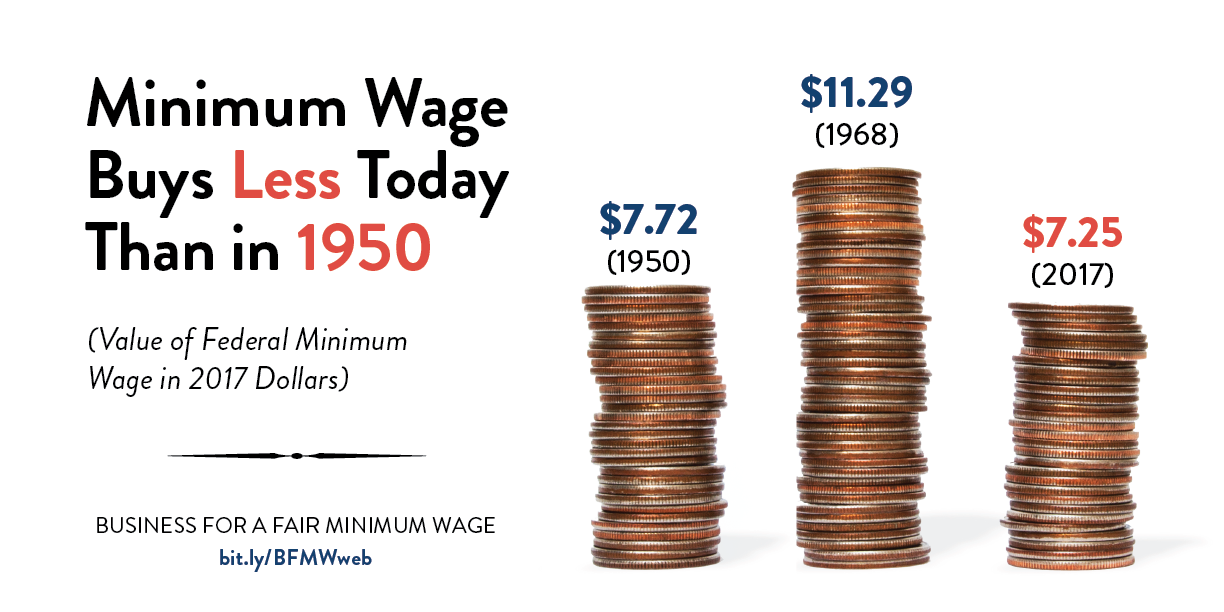 Spread the love
By Jackie Cohen|November 29th, 2017|Categories: Personal Finance Tips|Tags: Budget, Compensation, Food, Minimum Wage, Pay, Real Estate, Rent, Spending|Comments Off on So You Think You Can Live on Minimum Wage? Good Luck with That!