No Matter Your Financial Situation, Make Sure You’re Protecting Your Assets 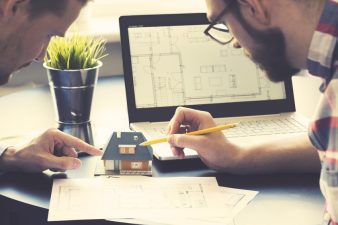 According to a Caring.com survey, only 42% of U.S. adults currently have estate planning documents such as a living trust or will — those percentages are even higher for younger adults, as well. In fact, 64% of Generation Xers (ages 37 to 52) and 78% of millennials (ages 18 to 36) do not have a will.

Though young people shouldn’t constantly worry about their future estate, if you’re in a committed relationship, you should at least focus on planning and preparing for death. Sadly, 29% of those without a will admit it’s because they “don’t have enough assets to leave anyone.” But that’s not true at all. Even if you’re struggling to get by in your 20s or early 30s, you’ll likely eventually start accumulating wealth. It’s your responsibility to ensure that your assets are taken care of properly after you die and that your spouse can financially secure and without stress.

According to the Financial Times, dying without a will can be immensely complicated for family members left behind, showcased publicly following the high-profile deaths of legendary artists Aretha Franklin and Prince.

Franklin died in August whiteout leaving a will, which left her family members to deal with divvying up and handling a figure that could be as high as $80 million, which would take years to address.

Prince died without a will in 2016 and caused all sorts of financial, legal, and personal problems. People claimed to be his children, his ex-wife, and distant relatives. A judge was forced to rule that his sister and half-siblings where the only heirs to the multiple millions he left behind.

“Many wealthy individuals don’t want to think about death and dying, so they put off writing a will,” said George Bull, senior tax partner at RSM UK tax and accounting firm. “But not having one can cause many problems.”

But what about those of us who don’t have multiple millions of dollars in assets to be distributed after death?

Just because you don’t have millions doesn’t mean you don’t have anything. Whatever you possess at the time of your death, you worked hard to accumulate those assets. You don’t want your spouse to be left with nothing, forcing them to struggle not only with your emotional passing but the financial and legal burdens, as well.

Whatever you have — whether it’s millions from all the records you sold during your illustrious performing career or from working your 9 to 5 job for decades — make sure it’s taken care and your spouse is secure for the future.

Spread the love
By Timothy Werth|November 1st, 2018|Categories: Personal Finance Tips|Comments Off on No Matter Your Financial Situation, Make Sure You’re Protecting Your Assets