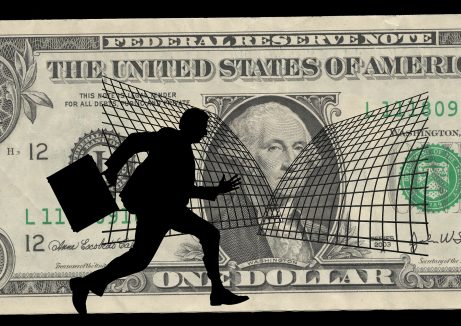 When it comes to federal income tax, no one benefits as much as the taxman, no matter where you live. The Internal Revenue Service of the United States collected over $3.4 trillion in taxes in 2017. The only relatively minor silver lining to this fact is that the federal government handed out about $440 billion in refunds that same year.

American tax code laws include over 10 million words. About 6 to 9 billion work hours are collectively exerted to file tax-related paperwork every year. That is the work equivalent of over 12,500 human lifetimes, give or take. It takes a lot of work to justify tax collection.

The highest tax rate, relatively speaking, is just under 40%. Many people, businesses, and corporations don’t necessarily need to comply with paying any taxes. It’s no secret that wealthy businesses and corporations use strategic tax code maneuvering and offshore tax havens to evade paying taxes.

Still, over 45% of average Americans will pay zero in taxes for 2018. Not one penny. Surprisingly, it has nothing to do with tax law legal maneuvering and more to do with income tier payment compliance.

Who Are the 45% Who Pay No Federal Income Tax?

About 80 million Americans will not have to pay any federal income tax for 2018. If your income is below $10,400 a year, then there is no legal requirement to file income taxes. A large swath of Americans are not filing taxes for the purposes of tax evasion. It is more because they are below working-class status or are on the poverty line and live check-to-check.

The Tax Cuts and Job Acts of 2017 doubled the standard deduction requirement to $12,000. The new standardized tax deductions are now $24,000 for married couples. Accordingly, that means over 2.3 million more Americans became part of the list of non-taxers – all due to the Trump Tax Cuts. People with extremely low incomes are more exempt from paying taxes than before the ratification of the new tax laws.

However, You Might Not Escape Other Types of Taxes

No one escapes paying taxes entirely. The devil is always in the details. About 45% of Americans don’t pay any income taxes of any kind. However, there are numerous other kinds of taxes. For example, you might still pay state, city, and/or local taxes even if you are exempt from paying federal income taxes.

Then you have payroll tax, sales tax, estate tax, property tax, and so on.  There are many powerful and wealthy corporations that probably don’t pay any taxes. However, the average working American can’t easily get away without paying any taxes all. It’s probably a great feeling to get out of paying federal income taxes. But there is always a toll to pay in life.  Even if a previous one was eradicated.

Spread the love
By Allen Francis|November 29th, 2018|Categories: Personal Finance Tips|Tags: federal income tax, Taxes|Comments Off on Why Nearly Half of All Americans Pay Nothing in Federal Income Tax