Based on the title of this post alone I guarantee there will be some hardcore zero debt personal finance fanatics who think I’m the dumbest person on the planet, but I’m here to take a radical position: paying interest isn’t always so bad.

Does paying interest suck? Absolutely. But sometimes you need to borrow and the only way to do it is to pay a little bit of interest.

I’m closing on my house in less than a month and I need to pay for my 20% down payment plus any other closing costs. That’s going to cost me tens of thousands of dollars. 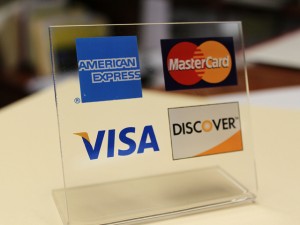 I had to sell essentially all of my stocks, drain my Roth IRA, and even take a loan against my 401k to get the money for the down payment, but after doing all of that I now have enough money for closing.

I should also mention I bought my fiancee’s engagement ring with my credit card (which I usually pay off every month). That credit card bill is due in a few days and I can either pay it off completely like usual or pay a smaller amount and carry a balance.

If I pay it off completely it’s going to put me right around the amount that I need for closing on my house. I actually don’t even know exactly how much I’ll need at closing because all the paperwork and stuff isn’t done, so it might leave me a little short.

If I show up to closing and I don’t have enough money in my account then that’s going to be a very serious problem. I don’t even know what exactly would happen but I’m sure it would be bad.

On the other hand I can pay off some of it and leave a $2,000 balance on which I would pay interest for one, maybe two months.

The Cost to Carry a Balance

Also keep in mind that I get rewards on my credit card. This particular card gets at least 2% back, which means I already got $40.00 in rewards when I spent that $2,000. Even if I pay interest on it for two months I still make money.

It doesn’t sound like such a bad idea anymore, huh?

There are No Absolutes in Personal Finance

Those people would call me an idiot for spending $20 to borrow money to buy a freaking house!!!!

Those people are the idiots in my opinion.

Readers: Have you ever borrowed money and paid interest because you needed the cash flow?