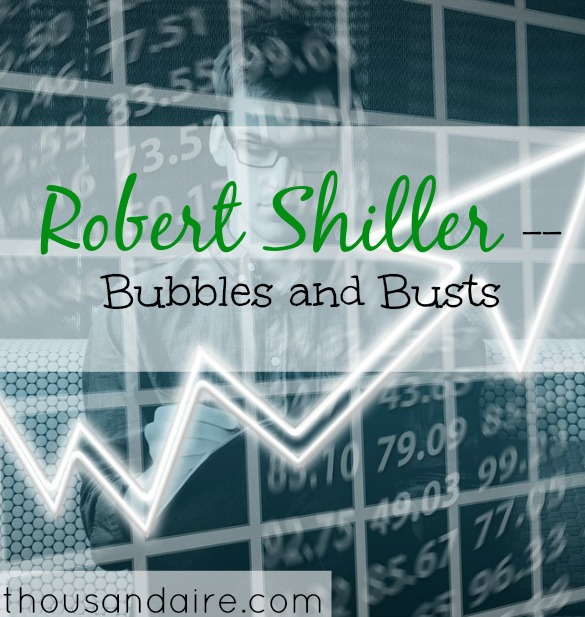 One of my favorite economists has to be Robert Shiller.  This is a great talk he gave at the London School of Economics.  He’s famous for writing Irrational Exuberance, a treatise on bubbles, in 2000, calling the top of the stock market bubble.  He updated it in 2007, also effectively calling the top of the housing market.

I was particularly interested in his commentary on naive theories.  Such as, “the price of land will always go up”.  People go around saying “they aren’t making any more land”, as if that makes any difference.  Now there’s a seed of reasonableness to this, but in a market economy price is an important feedback mechanism.  It might be that on average the value of land in a desirable area will go up if population increases.  However, there are a number of important possibilities that screw up your assumptions:

It’s in this third point that there is the most potential for harm in my view. If the price of the land does not need to equal the value, we can certainly no longer say that the price of land can’t go down.

All-in-all it’s one of my favorite lectures and I’ve been particularly interested as stock prices have continued to advance on corporate earnings that have declined over the last two years.  The possibility of corporate tax reform could be making stocks intrinsically more valuable, but I’m not entirely convinced.  This is part of the problem with assuming that price is equal to value.  You can always find some reason to blame for any market move whatsoever.  If stock prices were crashing folks would just be saying it’s due to corporate uncertainty surrounding H-1B visas.

Financial news programs are particularly bad about this.  Every day financial pundits give some reason for the market’s behavior.  If it goes down, it was because of X.  If it goes up, it was because of Y.  I’m guilty of this myself from time to time.  For example, I thought two things before the election.  First, that Trump was more likely to lose the election than to win it (I still think that this was true), and second, that if Trump did win, there would be a substantial market crash.  I may have been wrong on the first count, but I was definitely wrong on the second count.

This is part of the reason that it is so hard to predict short term market behavior.  If I had a crystal ball to discover that Trump was going to win the election, I still would have lost money trading on the news.

This is why I think the best plan for 95% of people is to buy into the stock market, at reasonable valuations, and never sell unless you are planning on using the money.

You should really treat your stock market investment like your home.  If someone knocks on your door and makes you an offer to buy your home, you probably wouldn’t sell, after all, you could always sell later.  Only if they’re offering you something completely insane do you even consider it, or if you were planning on moving anyway.

Watch the whole thing though, there’s a lot to unpack there. If anyone knows where to get the slide deck, I’m dying to find it!

Check out a few of our top posts: