Should I Buy Euros Now?

Should I Buy Euros Now? 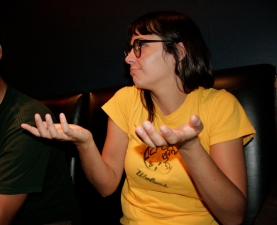 Does Brexit effect any of this advice?

Every time I have a discussion with someone about an upcoming trip to Europe they ask whether it is better to buy their Euros in advance or to wait.  Fortunately this is a question with a very simple answer.

I have no idea.

Neither does your brother-in-law, or your hairdresser’s friend.  Except in some rare situation where you’re friends with a Swiss central banker and he tells you in advance that he is going to surprise the markets with a new policy, you have no idea.

Turns out that knowing you have no idea and that no one else does either turns out to be a great opportunity.  Just because you are ignorant doesn’t mean you can’t create a good strategy.

This strategy is two pronged, minimize fees and reduce volatility!

This is simple.  Don’t bring a credit card that charges foreign transaction fees.  There are plenty of choices here.  Discover, certain American Express cards like the Starwoods Rewards Card, basically all of the Visa cards with the word “travel” in their name, and same for Mastercards.

It is important to bring a few cards.  Frankly, I’d bring one of each.  Sometimes american credit cards fail for funny reasons.

For cash, never pay at some sort of cash exchange place.  Also, probably don’t exchange cash at your bank window.  Some banks will allow you to place an order for Euros online, you’ll get a better rate this way.

The absolute best deal I’ve found is to get a high-interest checking account, they will often reimburse your ATM fees.

In order to get the average result, I suggest paying as you go.  If you have to make any especially large cash purchases you might want to get the total sum in pieces (if your fees are zero).  If you pay a flat fee for each withdrawal, for example if you don’t get your ATM fees reimbursed, then you’ll want to minimize the total amount of fees you pay and try to get as much as possible with each withdrawal.

There are any number of people out there who are willing to tell you that they know what the currency markets are going to do.  They’re selling.  If someone tells you that Euros will definitely go up in the summer or definitely go down the question you need to ask them is, “What percentage of your net worth are you currently betting on that?”

The bare minimum you can check is that anyone who claims to know what’s happening in currency markets at least has skin in the game.  If they’re asking you to risk your money that they might be right, make sure they’re actually risking a much larger percentage of theirs as well.

That all being said, if you can predict the future prices of currencies reliably in a way that people could take advantage of, then you’re probably in the wrong industry.  That sort of ability is worth way more money than saving a few hundred dollars in exchange fees.

In fact that’s exactly the way to explain all of this.

Maybe it is possible to predict future foreign exchange values, but you’d have to have a skill worth hundreds of millions of dollars, and if you have that skill, why the heck are you worrying about any of this?

Spread the love
By Adam Woods|July 1st, 2016|Categories: Blog|Comments Off on Should I Buy Euros Now?