Should I invest in a Dividend Reinvestment Plan (DRIP) 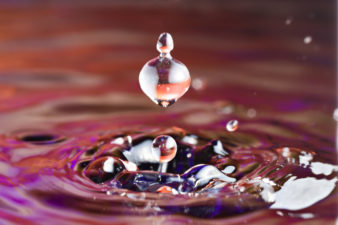 Thanks to Andrew Magill for the image.

The answer to this question is complicated and gets to the root of psychology and money.  If you’re about my age, probably the best thing for you to do is to set your money in a total market index fund and ignore it until roughly retirement.  This is very probably the best effort-to-reward ratio.  The problem is that most people are not psychologically prepared to watch half their money evaporate in the stock market.

Why a Dividend Reinvestment Plan could be worth it

Let me give you a hypothetical.  You have a retirement account.  If you want to spend $40,000 per year when you retire you’ll need $1,000,000 to do so safely.  Include inflation and both of those numbers are potentially much larger by the time you retire.  So let’s say you’re 50, still 15 years left until you plan on retiring, your retirement account has more money in it than it has ever had (if you’re contributing constantly, most years should be record setting years for your retirement account balance).  You have $2,000,000 in your account.  One month later the market has taken a nose dive, you’ve just lost $1 million dollars.

Try to imagine that.

What it feels like over the course of a month to lose 40 to 50 thousand dollars day after day.

Sure, there are occasional up days, even days where you make $60,000, but you’re still down 100K overall, then 200, 300.  The financial news is calling this the worst stock market crisis in 15 years, and things seem to be getting worse.  Really try to imagine how you feel at the end of the month.  You’ve lost a million dollars, does your spouse know?  Does losing a million dollars of your shared retirement cause any marital strife?

Really close your eyes and try to imagine the stress and the fear.  Then suppose that there is another big up day.  Seven days where you’ve made $40,000 or more have happened in the last month.  Every one of them has been followed by even bigger losses, it’s put your account just a little ways above a million dollars again.  Be honest, what do you think the chances you sell your stocks to prevent more losses are?

If you tell me that the chances you sell are less than 20% and you’ve never been through a bear market, you sir, are a liar.  People have extreme levels of difficulty predicting how they will react when they’re emotional state is different from the one they are in now, this is a type of hot-cold empathy gap.

How does a dividend reinvestment plan work?

Company’s sometimes offer DRIPs (Dividend Reinvestment Plans).  The deal is that you buy some of the company stock from the company rather than a broker.  The dividends are then paid either to you (often by direct deposit or check) or reinvested in fractional shares of the company’s stock.

For example, with the Exxon Mobile dividend reinvestment plan you fill out a couple forms, buy some starting stock, and you’re off to the races.  For the Proctor and Gamble DRIP you can set any number of whole shares worth of your dividends to be reinvested vs direct deposited to your checking account.   For example, when I had a XOM DRIP I had roughly half of the dividends reinvested and the other half direct-deposited to my account.  It wasn’t super simple to see the current balance of the P&G shares I had, this meant that there was only one thing I could focus on: the income stream coming from my P&G shares.

The theory is this, rather than buying an index, instead invest in 15-20 DRIP plans of megacapitalization blue chip companies in various sectors of the economy.  Probably your money won’t grow as fast as in an index fund.  Your money will probably experience volatility similar to the index fund (perhaps it will be somewhat better).  However, since your focus is on the number of shares you own and the profits generated by those shares, rather than their quoted market value, you are somewhat less likely to make a serious mistake, you just slowly accumulate ownership of these companies over time and collect steadily growing quarterly dividend checks from them.

Why do I worry so much about mistakes rather than just explaining the optimal strategy?  The return of a total market index fund is about 10% annually.  The return of the average investor is about 3% annually.  Typically the gap between an investor’s return and the return of the funds they invest in is 6.5%.  Basically this comes down to investors buying and selling too often and at exactly the wrong times.   If losing out on a few percent of possible gain can keep you focused on the right things, and avoid the much more common 6.5% drag, it’s money well spent.

Exxon Mobile – No comment about the future of oil, or if the stock is reasonably priced, but this is my very favorite DRIP. Oil can be very volatile.  Hiding this volatility from yourself behind incoming reinvested dividend checks seems good. The Exxon Mobile DRIP is delightfully cheap as far as fees go.  They only hit you when you’re trying to sell, but the plan here is that you never sell.  If you’ve got a long time horizon this goes from being good to being very good.  If you think oil is going to die a painful death, then maybe not, probably shouldn’t be your only investment.

GE (General Electric) – A relatively low fee DRIP. There is a $7 or so initial purchase fee, and a small fee for automatic investments. However, there is no fee paid for dividend reinvestment.  There is a fee if you’re trying to sell, but you aren’t trying to do that, right?

Coca-Cola – Minimum manual purchases are $500.  This isn’t terrible, but note the dividend reinvestment fee of 5% up to a maximum of $2.  In order to hit the maximum fee and therefore for the reinvestment to stop sucking you need to have a quarterly dividend of $40.  The current dividend on Coke shares is 35 cents per share, so you need about 100 shares.  That requires about $5,000, really though you want to get the effective fee down to 1%, that means an investment of $25,000.

Proctor and Gamble – Same deal as Coke, more or less, only the fee caps at $3.

Tradeking – If you look at anything with a reinvestment fee, you’re probably just better off shoving it into a tradeking brokerage account.  If you intend on reinvesting your dividends this is probably the way to go.

Loyal3 – This would be my favorite solution to the high-fee DRIPs, however the selection of stocks is very limited, and they don’t currently allow for reinvestment.  Psychologically, it seems like one of the best options.  No fees (more or less at all) and the default view doesn’t show when you are losing or making money.  You just focus on the cash building up in the account from the incoming dividends. This is a good way to pick up positions in available companies with expensive DRIPs like, Coke, Disney, and Intel.

Spread the love
By Adam Woods|November 10th, 2016|Categories: Blog|Comments Off on Should I invest in a Dividend Reinvestment Plan (DRIP)