The Government Doesn’t Want You to Retire Rich

President Barack Obama is about to unveil his budget proposal, and parts of his proposal have already made their way into the news. One of the aspects of his new budget is that he wants to prohibit anyone from saving more than $3,000,000 in an IRA.

The White House issued a statement regarding this new proposal:

Under current rules, some wealthy individuals are able to accumulate many millions of dollars in these accounts, substantially more than is needed to fund reasonable levels of retirement saving.

How dare anyone try to save more than a “reasonable” amount of money for retirement!? The nerve of some people!

The proposal hasn’t been released yet so the details aren’t clear. What is clear is that the government is desperate for additional ways to tax the American people, and they have finally started turning towards retirement accounts.

Be Afraid of a “reasonable level of retirement saving”

A few months ago I posed a question: Is your 401k safe from the government?

I explained that part of the reason I took a loan from my 401k to buy a house is because I don’t trust the government to keep their hands off my retirement accounts.

While some people agreed with me, others suggested it was unlikely at best. Still others worried about my own mental health. A few of the responses included:

“After… telling us that the sky is falling and our retirement accounts will ultimately belong to someone else, I like a previous reader will bow out and refrain from visiting this blog.”

“I think you’re getting a little close to the edge, Kevin. Please don’t fall off!”

In November I was crazy for thinking the US government would go after private retirement accounts. Less than six months later we are already seeing proposals surface.

It worries me (and it should worry you too) that the government feels it has a right to determine “reasonable levels of retirement saving.” 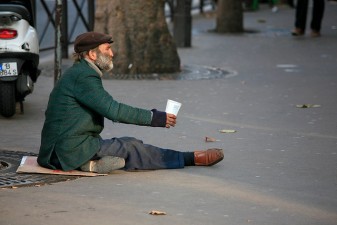 Why should some people get to retire with millions in the bank while others have to work part time jobs until the day they die? That’s just not REASONABLE!

If the knuckleheads in Washington think they know a reasonable budget for an individual or family, maybe they should look at how messed up their own budget is and realize they should back off!

If you think it is reasonable for someone to reap the benefits of working their ass off and saving money, then you’re going to have to make your voice heard.

People who spend every dime they make as soon as it hits their pocket don’t deserve the same retirement as someone who chooses to save as much as possible. That’s not reasonable at all.

If this (or any other legislation to limit retirement savings) ever makes it to the floor of Congress, make sure to contact your Senator or your Representative and let them know that responsible financial planning deserves to be rewarded.

If you’d like to read more about how the proposed law might impact your personal finances, check out this great article at Seeking Alpha.

Readers: Does this proposal and/or White House statement change your attitude towards retirement accounts?