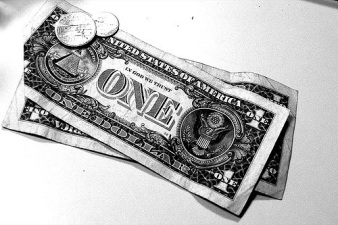 Approximately the amount I have in a Mossack Fonesca account.

The Panama papers leaks happened about a month ago.  No doubt there is still more to come as the leak was 2.6 terabytes of data.  Most of the news stories I’ve seen cover this mostly name drop politicians alongside more nefarious individuals alongside the implication that somehow these folks are cheating the system.  At the center of the controversy is the Panamanian legal firm Mossack Fonesca.  People indicated as having set up accounts with Mossack Fonesca include, Ian Cameron (the father of David Cameron), several close associates of Vladimir Putin,

The firm handles hundreds of accounts for clients.  Many of them are held by owners whose identities are not disclosed. They also provide some level of wealth management services.  This generally means that they try to invest the money held in the businesses registered to them in a sensible.  If you have a significant amount of money, and you desire some privacy you might be inclined to open an account with Mossack Fonesca.  Crazy thing is, it doesn’t even cost that much.  It’s something like $1000 to set up an account and then there are ongoing maintenance fees.  If you had known in advance that this leak was going to happen, and you wanted to make some folks think that you had real money (and were possibly a jerk), you could have just gone ahead and set up an empty account.  (Unsolicited advice: Don’t do something like that, it’s going to turn out to be more trouble than its worth.)

One of the most bothersome things about this whole fiasco, in my view, is that ordinarily pro-privacy liberals have started making the same tired arguments against privacy that neocons like to make.  “If you have nothing to hide why do you need privacy,” has been a dumb argument for centuries and it doesn’t get any smarter just because you can target it at someone you don’t like.  Most millionaires in the United States practice “stealth-wealth”, meaning that their neighbors, friends, and even family don’t know that they are millionaires.  Like clockwork you see these news stories, “Old lady dies and leaves millions to local school.  ‘We had no idea that she could afford food, let alone owned all of the Wendy’s restaurants in town’ say neighbors.”  Why do most millionaires in the United States keep their wealth a secret?  Something like 70% of lottery winners go bankrupt.  There are plenty of reasons to use shell companies as well. Check out Donald Trump’s situation for example.

So What’s the Big Deal?

So all these rich guys just need an account that’s private, I can get behind privacy, so who cares?  There are three major cheats that I’m aware of:

There are other nefarious things you could do as well, and this isn’t an exhaustive list.  This is why everyone’s pissed.  The argument goes, why would you have an account with them unless you were trying to do one of the above?  Mossack Fonesca says that it complies with regulations to prevent the above from happening, but ultimately no one really believes them.

How big a deal is this?

It’s a pretty big thing.  Backlash has already caused the prime minister of Iceland to resign.  (Alright, Iceland is a huge country).  The biggest impact in my view might be David Cameron, the Prime Minister of England and the leader of the Labour party.  His father was referenced in the papers.

If you don’t follow English politics this is a big deal because about a year ago Jeremy Corbyn became the leader of the Labour party.  Jeremy Corbyn is a very radical leftist, and was widely considered likely to lead the Labour party to a disastrous election cycle.   If this scandal sticks to David Cameron in a big way then it could mean a massive move to the left for the UK.  Of course the Labour party might be too shattered from Corbyn’s election to take advantage of it.