Your Rewards Could Disappear at Any Moment

As you probably know from my new website Reward Boost, I get pretty excited about earning rewards. There’s nothing quite like using credit cards, paying them off every month, paying $0 in fees and interest, and getting valuable rewards in return.

If you have any rewards credit or debit card accounts, you can be certain the terms and conditions include a statement something like the following Wells Fargo disclaimer:

Changes to this Program: Wells Fargo reserves the right to amend, cancel, or temporarily suspend the Program and Your participation in the Program, in whole or in part, or change any of the Terms, at any time for any or no reason, including without limitation, in the event of fraud, abuse of Program privileges or violation of the Terms, as determined in our sole discretion (examples of Program violations include any attempt to sell, exchange or transfer points or any instrument exchangeable for points), without notice to You, which may result in the decrease of redemption value or cancellation of points not yet redeemed.

In other words, your rewards can disappear at any time!

When I first met Tag, she had a checking account with Wells Fargo which was charging her a monthly fee. They also were very unkind to her when she overdrafted on her account. We decided that she needed a new account.

We signed her up for Perkstreet because they didn’t charge monthly fees and Tag could earn rewards with her debit card purchases. She didn’t have good enough credit to qualify for a rewards credit card, so this was a great option. 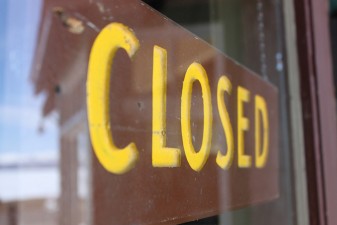 Over the lifetime of her account, I think she earned $50 or $75 in rewards and never paid anything in fees. As of Sunday, she had about $11 in rewards saved up, waiting until the balance reached $25 when she could redeem again.

Then Perkstreet sent her an email saying they were closing and all rewards balances were immediately reduced to $0.

It was only $11, and you can’t redeem rewards until you have at least $25, so there’s nothing Tag could have done to avoid losing those rewards. Unfortunately we just have to write it off and move on.

I feel bad for anyone who had hundreds of dollars in their rewards accounts. Tag only lost $11. Some people could have lost much more than that.

Should You Save Up Rewards?

This raises a question: should you save up credit card rewards and risk a large balance going to $0, or should you spend them as soon as possible?

I currently have about 67,000 Citi ThankYou points, which I can redeem for about $891 worth of airline tickets. I’m saving up my points because I hope to use them to pay for our honeymoon (if we can even afford one).

Our wedding is about 9 months away, which gives me enough time to save up so many points that I could probably use the points for 2 plane tickets to just about anywhere. However, in saving them up I’m taking a risk that Citi ends the program and my $891 turns into $0.

So am I worried about losing these rewards? Definitely not.

The only way Citi, or any big bank, would end their rewards program without advance notice is if they were immediately going out of business.

The only reason Perkstreet ended their rewards program is because they were going out of business. As long as I think my card issuer is a solvent company, I’m confident the rewards will be there.

Readers: Does Perkstreet closing and canceling rewards make you worried about your rewards with other banks?