Bankruptcies Dropping Among Young, But Growing For Seniors 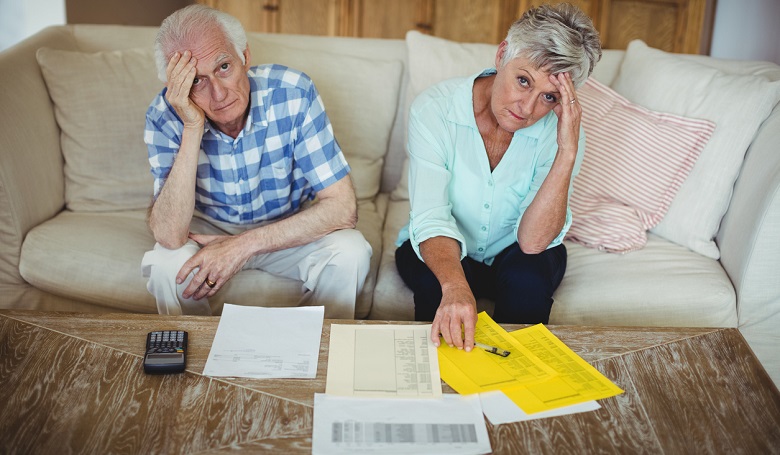 Bankruptcy is a painful process at any point in life, but it’s especially excruciating when you are at or near retirement age. There’s no time to recover and build retirement income.

Unfortunately, seniors are declaring bankruptcy at an increasing rate. A recent study from the Consumer Bankruptcy Project found that the rate of Americans at or above age 65 declaring bankruptcy had increased by over 200% from 1991 to 2016. Because of the higher percentage of older Americans in the population, that translates to a nearly five-fold increase in seniors in the bankruptcy system.

What’s the driving force behind senior bankruptcy? As with most generations, two of the leading factors that cause bankruptcy are job loss and/or income loss. Almost 70% of survey respondents “very much” or “somewhat” agreed that a decline in income was the reason they filed for bankruptcy, leaving them unable to overcome the decline in their retirement safety net.

That’s probably because retirement funding burdens have shifted more to individuals in recent years. According to the Pension Research Center, only 23% of American workers still have a defined-benefit pension plan. Pensions have been increasingly replaced by defined-contribution plans like 401(k)s, where individuals are responsible for funding and directing their own accounts.

The Great Recession hurt those nearing retirement in three ways – increasing job losses, the stock market dip that crushed many retirement accounts and plummeting home prices that dropped the value of the largest asset most Americans own.

Seniors have also been squeezed by extension of the full retirement age (FRA), the age at which you can receive full monthly Social Security benefits, from 65 to 67. The most popular age for claiming benefits is 62 – the earliest age possible. The monthly benefit is reduced by 30% by claiming at 62 when the FRA is age 67, but some seniors must claim early benefits to cover basic living expenses.

Seniors are also accumulating more debt than in the past. According to the Consumer Bankruptcy Project study, the portion of households headed by Americans age sixty or older with debt increased from 50.2% in 2001 to 61.3% in 2013, and the median debt increased from $18,385 to $40,900.

Student loans are a surprisingly large component of senior debt. According to 2017 data from the Consumer Financial Protection Bureau, the number of student loan borrowers age sixty or above rose by at least 20% in every state over the previous five years, accounting for almost $67 billion in outstanding balances.

These forces add up to take away the margin of error. One significant event – like the death of a spouse or a large medical bill – can push retirees over the financial edge.

Medical costs were cited as one of the primary reasons for bankruptcy filings. Even with Medicare, out-of-pocket costs are rising to unmanageable levels. Over half of older bankruptcy filers claimed that medical expenses were the most important things they had to forgo before filing – including vital prescriptions and even needed surgeries.

Retirement is supposed to be a time to relax and enjoy the fruits of your working years. Evaluate your retirement readiness today and see if you’re headed for the beach or the bankruptcy court.

About the Author: Money Tips