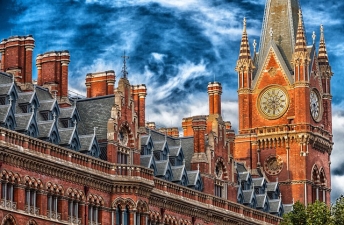 In recent years, the DAX, the German blue chip index of the country’s 30 largest companies trading on the Frankfurt Stock Exchange, has seen an increase in foreign investors.

About 63 percent of stakeholders in the index are foreign, up from 52% in 2009. It seems that an increasing number of investors are eager to take advantage of what has long been widely viewed as Europe’s strongest economy.

With Britain’s recent vote to leave the European Union, the DAX30 (GER30) has displayed increased volatility as there is uncertainty about what the so-called Brexit will mean for European markets and economic growth.

The day after the vote, the DAX30 initially tanked 10%, and then recovered slightly to close down 6.8%, the largest single-day drop since the 2008 world financial crisis, with some in Germany describing it as a “black Friday.”

Since then, the index has recovered further, but like all European stock markets, it is still susceptible to volatility as the timeline for the Brexit, and even if it will actually happen, are still unknown.

In addition to the continuing uncertainty over the details and timeline of a Brexit, there are also worries that such a move could negatively influence the economies of other EU countries, including Germany. In fact, the International Monetary Fund said that possibility of a Brexit gives Germany’s economy “a downside risk.”

The IMF and other economists have said that at the very least the uncertainty around negotiating a new relationship with the U.K., currently Germany’s third-largest export market, risks causing a temporary slowdown in growth.

For investors in the DAX30, these specific development in Germany will be tracked closely. But in the short-term, the fluctuations in the index do not seem much different than the global responses and worries about instability following the Brexit vote.