My V Is for Vendetta: The History and Development of the Guy Fawkes Mask 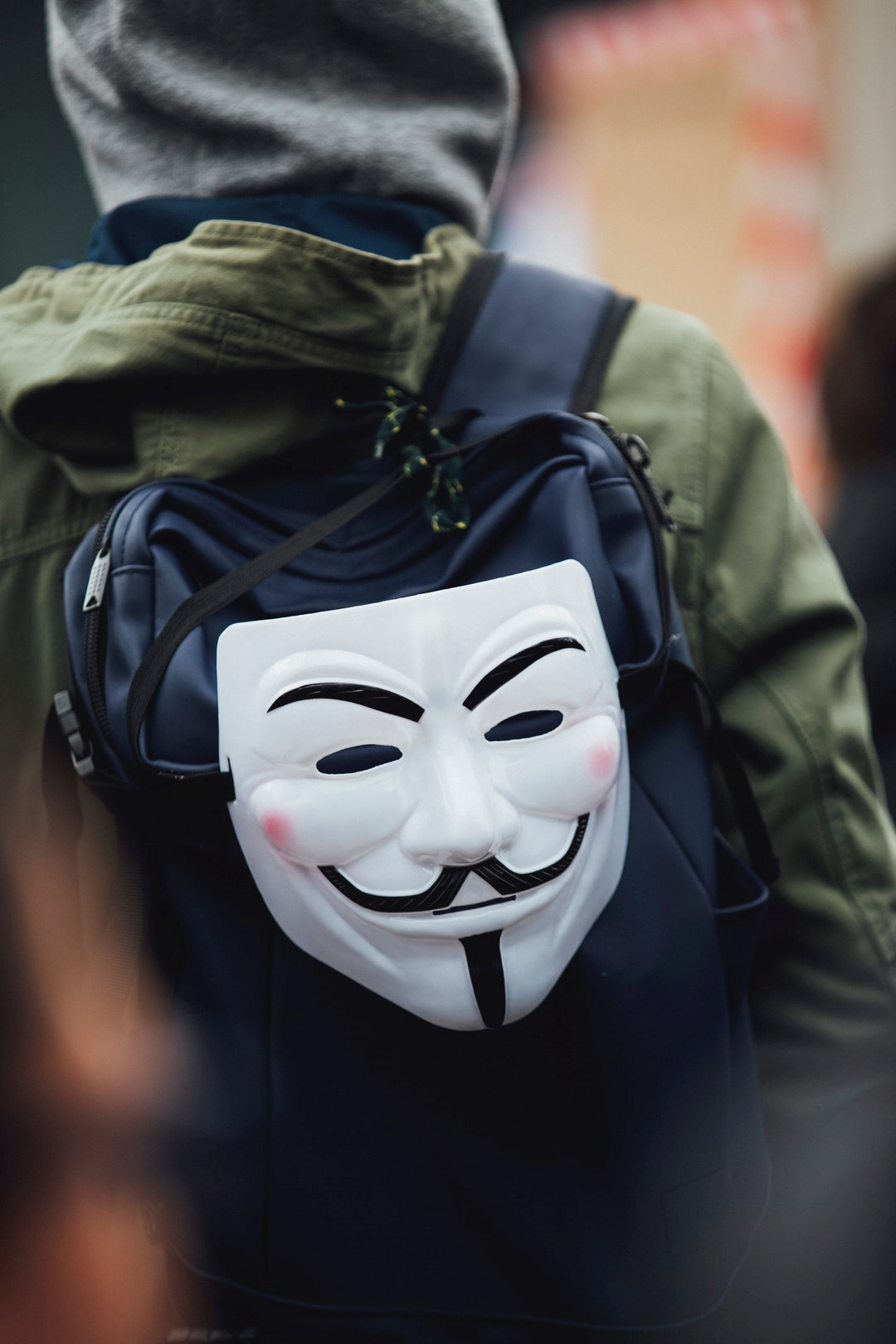 As they began climbing up the hanging platform, Guy Fawkes knew he had to do something. Maybe he couldn’t save his life, but at least he could avoid having to carry out the gruesome execution sentence. In a split second decision, he jumped down from the ladder, breaking his neck, and dying instantly.

The history of the Guy Fawkes mask takes place hundreds of years ago. During a time when betraying the throne was the worst crime imaginable, and came with the most severe punishment.

Anyone found guilty would receive a sentence of being, “hanged, drawn, and quartered.” First, they would hang you until you were nearly dead. Next, they would cut you down from where you were hanging, and have you “drawn”.

Drawing someone meant having a horse drag you through the town. Finally, if you were still alive, you would get beheaded, and “quartered”, or cut into 4 pieces.

What did Fawkes do to deserve such a sentence, and why is he now considered a hero? Read on to find out the truth behind the mask of Guy Fawkes.

The Man behind the Guy Fawkes Mask

Guy Fawkes story takes place, during the time Queen Elizabeth I was in power. She strongly disapproved of anyone practicing Catholicism in England and had dozens of priests put to death. When King James took over in 1603, he followed in Elizabeth’s footsteps, of repressing all Catholic traditions.

Fast forwarding a year, to 1604, Guy Fawkes, enters the scene. It was that year that Fawkes, and few other Catholics, decided to take action.

They created a plan to blow up the House of Parliament, using gunpowder. So, why would Fawkes be willing to risk his life for the Catholic religion? To answer this question, you have to know a little bit about his past.

Willing to Risk It All

Fawkes, who then preferred the name Guido instead of Guy, was born in 1570. His hometown was York England.

At 25 years of age, he was already helping lead soldiers in battle. He spent almost an entire decade of his life fighting for Spain, in their battle against Protestant rebels.

Fawkes hated the way King James was driving away Catholic subjects. His hatred was intense and he was very passionate about his cause. So passionate that he personally petitioned the King of Spain, asking to start an English rebellion, against King James.

It was this passion, or hatred, towards the King of England, that motivated Fawkes to create the Gunpowder Plan.

Fawkes, using the alias “John Johnson”, became the caretaker of a very particular cellar. This cellar was perfectly placed directly below the house of lords. It was in this cellar that the conspirators planned to stockpile gunpowder.

November 5, 1605, was the day Fawkes was going to light the fuse. They chose this day because it was the opening of a new session in Parliament, one that King James would be attending.

Not only would King James be present, but so would his oldest son. Unfortunately for Fawkes however, on October 26th, an anonymous letter alerted authorities to the plans of the Gunpowder plot.

On November 4th, authorities found Fawkes in the cellar. They caught him red handed with matches in his coat pocket, and 36 barrels of gunpowder.

November 5th as a Holiday

November 5th became Guy Fawkes day. A day to celebrate the foiling of the Gunpowder plot. People didn’t see him as the hero he is today. Instead, they saw him as a traitor, a betrayer of the crown.

Londoners would wear the masks we now call “Guy Fawkes mask”. The masks were a caricature of his face and a way to make fun of him for trying to kill the King.

V for Vendetta as a Comic Book

You may have seen the movie V for Vendetta, but did you know it was originally a graphic novel? The comic book was a mini-series made by Alan Moore and David Lloyd.

In the series, there’s a dystopic future, one where England is under the control of a Fascist party. Their Fascists leadership in the book is the Norsefire political party.

In an attempt to keep the country safe, Norsefire would hunt down anyone they believed was a threat to their party. They would prejudice hunt down individuals who were homosexual or a minority. They also targeted Muslims, and anyone with contrary political, or religious views.

Eventually, the Norsefire party began setting up concentration camps, throughout England. The most infamous of all these fictional camps was the Larkhiss Resettlement Camp.

Inside the camp of Larkhill, there was a prisoner, people referred to as Patient V. The scientists in the concentration camp, subjected him to horrible experiments, and methods of torture.

A Hero Is Born

Luckily V broke free from Larkhill and set the entire camp on fire. Over the next 4 years, V sought out revenge on those who had put him in Larkhill.

During his elaborate missions, he would wear a Guy Fawkes mask. The mask was a symbol that inspired him. Similar to how a human rights shirt, with the Fawkes mask, may inspire you.

The character V was a theatrical anarchist and loved committing violent acts of terror, all across London.

Some of his targets included the Old Bailey building and the Palace of Westminster. Eventually, V became friends with a prostitute by the name of Evey Hammond.

After teaching her everything he knew, they became accomplices. Working as a dynamic duo to carry out his never-ending Vendetta against the evil political party of Norsefire.

Staying Informed and up to Date

Learning about the history of the Guy Fawkes mask is a great way to understand the world a little bit better. It’s amazing to think about how the mask, originally created to shame Fawkes, is now a sign of freedom, and hope.

What other fun things are you interested in learning? Thousandaire loves entertaining our readers, while also providing them with quality information. It’s our mission to deliver high-quality articles about personal finance, news, advice forums, and more.

Are you ready to become a Thousandaire, and get the most out of your money? If so, we have a special treat for you. Check out our money making toolkit, and take charge of your personal finances today!

Spread the love
By Susan Paige|May 3rd, 2019|Categories: Personal Finance Tips|Comments Off on My V Is for Vendetta: The History and Development of the Guy Fawkes Mask