$25 if you purchased Starkist Tuna

Home/Blog/$25 if you purchased Starkist Tuna

$25 if you purchased Starkist Tuna 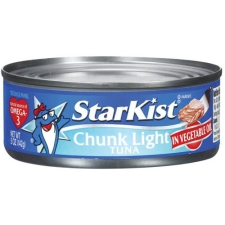 If you purchased certain types of StarKist Tuna in the last six years (and who hasn’t, StarKist Tuna is awesome) you can get either $25 cash or $50 worth of Tuna by participating in the settlement to a class action lawsuit.  Basically the lawsuit alleges that StarKist tuna cans contained 3.01 ounces of tuna in a five ounce can rather than the federally mandated minimum of 3.23 ounces. In order to participate you need to go to this website and fill out a form.  You don’t need to provide proof of having purchased the Tuna, but you are attesting under penalty of perjury that you have indeed purchased one of the types of Tuna that the lawsuit covers.

What is a class action lawsuit?

A class action lawsuit is a lawsuit that allows a group to collect or be charged damages. The process for participating in the lawsuit generally involves filling out a form and waiting for further information.  The claims administrator collects this information and then disburses settlement claims.

The first thing that I had hoped upon hearing about this, is that the bad press may have generated an opportunity in the stock market.  StarKist has a very substantial share of the Tuna market and a strong brand.  Under-filling tuna cans doesn’t seem to be something that would substantially hurt their brand image in the long run.  If there had been a major related sell-off it might be an attractive moment to buy.  Unfortunately, StarKist is not publicly traded as a standalone company.  It is owned by Dongwon Industries.  Dongwon Industries is a public company listed on the South Korean Stock Exchange with ticker 006040.  Dongwon Industries didn’t appear to experience a major selloff, and while it might be a good investment on its own merits, it doesn’t seem like there is a thesis here.  StarKist has pledged $12 million dollars to this settlement, that represents a small amount of their annual sales (in the neighborhood of $600 million).  This is finally a case of: a minor thing happens, and the market reacts as if a minor thing has happened. 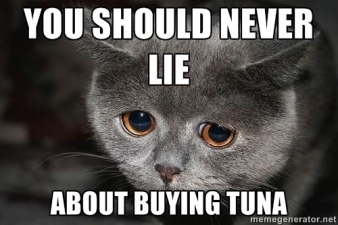 If you’ve purchased this tuna in the last 6 years this is basically a free $25.  You are not required to provide proof of purchase, but if you have not purchased the tuna in question, do not participate in the class action lawsuit.  When you fill out the form you claim that you have purchased the tuna under penalty of perjury.  Google “is perjury a big deal”, I dare you.  Honesty in these situations matters.  It certainly isn’t worth the $25 to lie about the purchase of a can of tuna.

Spread the love
By Adam Woods|August 28th, 2015|Categories: Blog|Comments Off on $25 if you purchased Starkist Tuna