3 Tips to Help You Land That Next Promotion 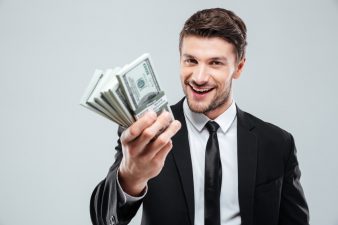 If you’ve been at your job for some time now and still can’t manage to move up the ladder, you’re not alone. Many people struggle with how to show their employers that they are more than ready to take on additional responsibility — and a bigger paycheck. Getting that long-deserved promotion can feel like a big win, and that’s something you need right now. So to help you prove to your boss that you deserve that job, here are a few tips to help you land that next promotion.

One of the best ways to prove to your boss that you can handle more responsibility is to go above and beyond what you do now. Make your boss’s job seem easier by doing whatever you can to simplify it. In other words, make your boss’s job obsolete. That way, your boss will trust you to take care of the normal operations while they now have time to do things that upper-management might have been wanting to do for awhile.

Employee productivity only grew by 0.3% a year between 2011 and 2016, according to the United States Bureau of Labor Statistics. That’s a very small percentage, and while you might be working to impress, your coworkers may not share the same ambitions. One of the most beneficial things you can do to get that promotion is to improve your coworkers’ performance. Being a leader and positively influential among your peers is a great thing to show your boss.

Have a Positive Attitude

Nobody likes spending eight or more hours a day working when they’d rather be doing something else, but that doesn’t mean you have to show it. Having a positive attitude, particularly in the face of adversity, makes you a nicer person to be around, which will go far with your boss. Frowning all day or being short with people will only encourage similar attitudes, making the entire office a miserable place. Smile, even if you really don’t want to.

Hopefully, that new promotion will be everything that you wanted it to be and maybe even make your life a little easier. If you nail these tips and go the extra mile, you stand a good chance of picking up some brownie points with your boss.

If you were recently promoted, how did you land your promotion? Tell us about it in the comments below.

Spread the love
By Timothy Werth|July 10th, 2018|Categories: Life|Comments Off on 3 Tips to Help You Land That Next Promotion