Environmental activists are challenging the permission granted by the authorities to Cuadrilla for fracking in Lancashire.

The government will have to defend their decision to allow test drilling and fracking on the site in court. The blow comes after the government is already under pressure of covering the hundreds of pounds for policing the protests. 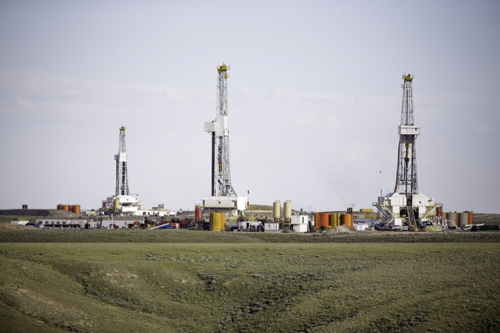 The Case in a Nutshell

Activists will challenge the authorization granted to Cuadrilla for test fracking in the Blackpool region as pressure still lingers over the cost induced by protests. Initially, the Lancashire council rejected the fracking site, but the decision was overturned by community’s secretary Sajid Javid, who reviewed Cuadrilla’s appeal and decided in the end to green light the drilling project. That sparked an overwhelming outrage from local groups, environmentalists, and even politicians.

Now, the high court in Manchester is set to hear the case that will see Javid against the protesters who oppose the permission granted for Cuadrilla to continue its activity.

Activists are also criticizing the Environment Agency (EA) for failing to promote the usage of alternative extraction techniques that would reduce the environmental impact of fracking accidents. They argue the EA had the responsibility of imposing more environmentally-friendly methods when reviewing Cuadrilla’s initial application back in 2017. One such example is called “electrocoagulation,” a technique that would produce cleaner fluid than fracking.

Protests claim that the agreement to repeal the council was against the law. Cuadrilla started preparing the site in Lancashire at the beginning of the year and had been struggling with protesters ever since. There are reportedly 60 officers on site round the clock that try to maintain some level of order between the peaceful protests and the activities of the company.

However, local police and crime commissioner Clive Grunshaw believes the number of police officers needed to maintain this peace will undoubtedly have to increase as Cuadrilla will soon start drilling in the next quarter.

What do the Activists Want?

Tony Bosworth, a Friend of the Earth campaigner, told the Independent that despite the government’s claims that the fracking would be heavily monitored, and the side effects minimized, the reality paints quite a different picture. He also believes that activists have a strong case, as it is clear that the responsibility to impose the best possible regulation and protect the safety of the citizens and the environment belongs to the government, which in this case it failed to do.

The purpose of this legal action is for the government to be held responsible for its actions, and to prevent dangerous fracking sites in the future. If they succeed, the fracking done by Cuadrilla will cease.

But the case imposes another ramification, precisely that of who covers the costs of police monitoring. The city would support the costs under normal circumstance. However, many claim that the people of Lancashire shouldn’t have to pay because any local administration didn’t decide to greenlight the fracking site.

Many believe the government should be accountable for the costs of police monitoring on the fracking sites, and this issue is also set to be discussed in court.

The Controversy of Fracking

That is just one of the many controversies surrounding the subject of fracking. It’s almost impossible you’ve never stumbled upon at least one similar news story in the past.

In fact, the U.K. alone has awarded more than 100 licenses to companies to pursue oil and gas exploration in certain areas. Many of these projects faced a lot of public backlashes similar to the ones in Lancashire, because of the many damages to the environment the fracking can cause.

It is up to the government to keep these projects in check and demand companies like Cuadrilla to pursue alternative methods of extraction. This particular case is currently being presented in front of the court, and a ruling is expected within a few weeks.