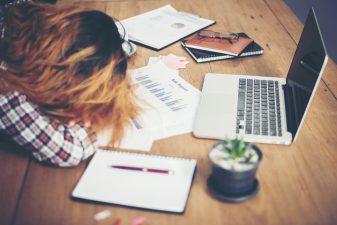 After analyzing millennial saving rates, Apartment List researchers say that it would require at least two decades or longer for two-thirds of millennials to have enough for a 20% down payment. In the next five years, only 11% would be able to save enough.

This isn’t because millennials are spendthrifts. Researchers say one of the biggest roadblocks millennial homebuyers are facing is student loan debt.

What’s more, only millennials who came from wealthier families could expect help from family to make their homeownership more attainable.

Not many millennials make an average of $100,000 a year, either. For instance, up to 950,000 Americans are employed by the US forest products industry where the average salary is $28,800.

But it isn’t only rising student loans that are holding millennial homebuyers back. Rent has also increased, making it difficult for renters to save for a down payment on a new apartment let alone a new house. Approximately 33% of renters move every year and many may find a house appealing because mortgage payments are sometimes lower than rent.

Real estate agent Billie Duncan-Hart says that although median house prices have increased in the last year, certain areas still have homes where the mortgage is cheaper than the rent in most metropolitan areas.

In fact, according to the Apartment List study, it isn’t the mortgage rate that millennials are concerned about but the initial down payment.

“The down payment thing is a big factor,” said Irongate Realty agent Austin Castro. “A lot of [homebuyers] are coming with student loan debt and things like that that they’re concentrated on paying first.”

There are loans offered by the Federal Housing Administration that would give homebuyers the ability to put down a lower down payment. But then mortgage insurance and interest rates would also be higher.

And, although 69% of millennials say they’re adventurous, not many of them are willing to take a lower down payment if it means a higher mortgage.

To avoid higher down payments without losing out on lower mortgages, many millennials have chosen to buy fixer-uppers and renovate their way to their dream home. One recent survey found that two-thirds of homeowners are planning on renovating their home.

Many millennial renovation projects are DIYs that don’t always go according to plan. But these mistakes might be worth if it means growing equity in the face of student loan debt and poor retirement savings.

“[Millennials] will age and eventually grow their equity as their income rises,” said George DeMare, the vice president of Business Development at AmeriFirst. “In the future, they will spend more on renovations and hire professionals for ‘nice-to-have’ upgrades and remodels.”

Spread the love
By Timothy Werth|January 10th, 2019|Categories: Personal Finance Tips|Tags: Buying a House, Home, Real Estate|Comments Off on Almost Half Of Millennial Homebuyers Have No Savings For A Down Payment