Why Your Halloween Spending Keeps Going Up

These figures come from the National Retail Federation, which worked with Prosper Insights & Analytics to poll 7,013 consumers. 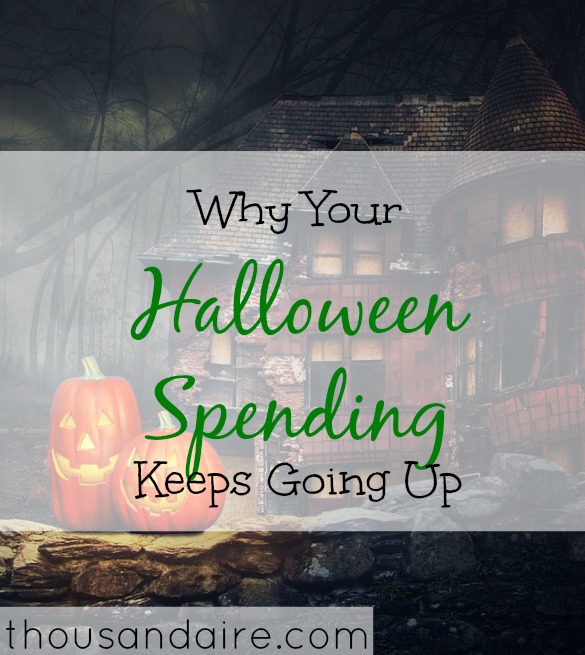 This year, 179 million Americans say they plan to participate in Halloween festivities, up from 171 million in 2016.

About a third of respondents polled said they intended to begin shopping for Halloween in September or even earlier. This has grown from 11% indicating they would start shopping early in 2013.

Men are likelier than women to wait until the last two weeks of October to begin shopping — 24% compared to 17%.

Overall, 69% of households surveyed said they are buying costumes, for a total of $3.4 billion in spending, which includes outfits for children.

As for pet costumes, 10% of survey respondents say they would dress their animal in a pumpkin costume, while 7% will dress their cat or dog as a hot dog and 4 percent as a dog, lion or pirate.

Readers, are you planning to wear a Halloween costume this year? What about the other members of your household?

Spread the love
By Jackie Cohen|October 25th, 2017|Categories: Personal Finance Tips|Comments Off on Why Your Halloween Spending Keeps Going Up