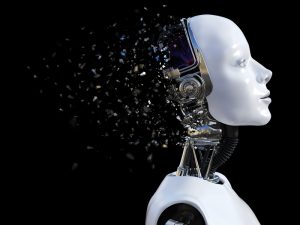 Our neighbors to the North wanted to open an unconventional pleasure parlor in the heart of the South — but they’ve been thwarted by moral objections — and a problem with their permits.

But it looks like the company spoke too soon. After an online petition started by Elijah Rising, a nonprofit organization that aims to end sex trafficking in Houston, gained traction, the community started to pay attention to the venture. The petition garnered more than 12,000 signatures of local citizens who wanted to shut down construction and keep the robot brothel out of Houston.

But that wasn’t what actually caused the brothel’s future to suddenly hang in the balance. The Houston Chronicle reported that municipal inspectors forcibly halted construction prior to the shop’s opening when they discovered the company failed to provide for permits required for demolition. As a result, the company has to actually undo all construction that was completed without permitting permission. Although the U.S. construction market was worth around $1,162 billion in 2016, it stands to reason that KinkySDollS will have to pay quite a bit more than they planned if they want to ever open their second-ever location.

The company already has an existing showroom in Toronto. And while such places exist in locales like Paris, France, this location would have been the first ever in the United States. Texas might not have been the right place to choose, considering the moral outrage surrounding the project. Throughout the U.S., approximately 80,000 American citizens are arrested annually for soliciting sex, and while some feel these establishments could turn prostitution into a truly victimless crime (and potentially discourage sex trafficking of humans), others argue that these lifelike robot dolls still promote toxic attitudes towards women and could actually normalize the practice.

Subsequently, the company might not be welcome in Houston, even if they do secure the necessary permits and decide to rebuild. City officials have expressed their intentions to seek out other legal measures to keep the brothel from opening, and the city’s Democratic mayor noted that this is not the type of business he wanted to see in Houston. Further, the building’s landlord told a local ABC News affiliate that he was unaware of the space’s intended use and that he was possibly deceived by the company. A statement from the landlord’s lawyer read in part: “My client was contacted about a lease for an art gallery… and was never provided the leasing documents he requested.”

In a statement to the Washington Examiner, robot brothel business owner Yuval Gavriel said of his decision to open a location in the U.S., “The states is a bigger market, and a healthier market, and God bless Trump.”

But even if local residents support the current presidential administration, it doesn’t look like they’re going to support the idea of a robotic brothel any time soon.

Spread the love
By Timothy Werth|November 20th, 2018|Categories: Life|Comments Off on Houston Robot Brothel Construction Stalled Due to Moral Outrage and Permitting Problem