Three ideas the US should quit whining about and adopt

Three ideas the US should quit whining about and adopt 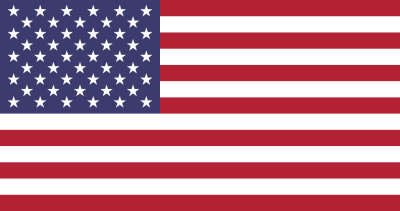 The United States is a great place to live.  In my view we generally have the right idea on most of our politics.  Nobody is proposing millionaires taxes, the courts are generally fair, and you can get a tomato with fish genes in it (I’m looking to develop superpowers; do you really think regular tomatoes are gonna cut it?).  There are a couple issues that the United States has moved one way on that the rest of the developed world has gone a completely different direction.  Just because everyone else thinks you’re wrong, doesn’t make you wrong, but it shouldn’t inspire a great deal of confidence.  Here are three ideas from the right, left, and center that I think the US would be well served by taking the lead of literally every other not-crazy country. (Don’t get me started on the metric system, that’s not even worth arguing about).

Why is it that, in the US, we have all these dismissive little names for sensible policies which we have not adopted?  This should be called the, “let-us-not-have-attorneys-go-crazy-and-ruin-everything-they-come-into-contact-with rule.”  I bet when you hear it you’ll think to yourself, “Isn’t this how we already do things?”.  The English (or maybe lunhagcaretcicw…it’ll catch on)  rule means that the loser of a court case pays both attorneys.  In the US system, if I decide to sue you for a comment you wrote on my blog post (which is totally legal for me to do) I will obviously lose the case, but you’re still screwed because you had to hire an attorney to tell you how screwed you weren’t.  Sure, you could just figure this isn’t really risky, but if you get served a letter from a fancy looking lawyer telling you that I’m going to sue you in Nevada for $15,000, are you really going to run the risk?   We constantly worry about frivolous lawsuits in this country (which, really, no other country ever seems to worry about, I wonder why).  We come up with all kinds of extra rules like, you can’t sue doctors on a Tuesday.  We have to print all kinds of waivers on products like, do not eat this credit card.  These rules probably keep legitimate lawsuits out of courts. It is far better just to say, “sure, you can sue anyone for any reason, but if you’re wasting everyone’s time with a stupid reason and lose, you’ve got to pay.”  Dumb lawsuits would go away overnight.

Every country has their own way of doing this.  Usually it just means that the government pays for healthcare.  Before you have a panic attack consider this, the Spanish government pays for everyone’s health care and a private system operates alongside it.  To do so it cost them less per person than we spend on medicare, and medicaid per person.  You’d think we’d get some sort of economy of scale out of the thing!  This means we could adopt the Spanish system wholesale, give everyone a tax cut, and if you wanted you’d still have the privilege of paying for the most expensive healthcare system in the world like you do now.  You’d just have a tax cut to go with it, and get free medical care if you felt like it.  I’m a libertarian ideologue.  I can’t come up with any argument against this that doesn’t make me sound like an idiot.

In the world there are two countries that tax your income no matter where you live.  The United States and Eritrea.  That’s it.  Zero other countries are that crazy.  Now this isn’t synonymous with a territorial tax system.  A territorial tax system is an income tax system that says, you pay taxes in the country you earned the income.  Many countries have a system that says if you live in our country you pay taxes on money you earn anywhere.  The US has a system that says, if we met you at a cocktail party, you pay taxes to us forever no matter what.  That’s an example of governmental over-reach. If I live in a foreign country and earn all of my money in a foreign country and pay taxes to a foreign government, why should I also pay taxes to the US on top of that?  For corporations every developed country has a territorial tax system.  They treat corporations as distributed entities, which pay tax where they earn income.  The US does not.  US corporations hold trillions of dollars overseas because if they brought it back to the US the US government will charge them 35%.  Every socialist country in the world is smart enough to realize that this is a dumb idea.  When you’re standing to the left of France, Norway, Greece, and Sweden on a tax issue you should realize that you’re an idiot, or at least admit that Stalin would agree with you.

That’s it.  Three ideas that have been shown to work in other countries that a certain special interest, and ideologues from both parties just don’t want to see happen.  Don’t feel bad if you don’t want one of these to happen.  There are a couple other ideas I think are terrible that most other countries have adopted (gun regulation, death penalty).  Just because every other country in the world does it a certain way doesn’t make it a good idea.  But, you should look into these things in more detail.

Spread the love
By Adam Woods|November 2nd, 2015|Categories: Blog|Comments Off on Three ideas the US should quit whining about and adopt