For many investors who are still in their working years, the largest single account balance in their portfolios is a 401(k) plan, especially for those who have worked at one company for a long period of time. When times get tough, borrowing a portion of that balance to ease the strain can be a tempting proposition.

There are upsides to borrowing from a 401(k). It’s an easy loan to get, relatively speaking. Since you’re borrowing your own money, there is no credit check required. Add to that the fact that interest rates are generally lower on 401(k) loans, which may lead to lower payments. And that interest ultimately goes right back into the borrower’s account, rather than to a credit card or banking institution.

The obvious argument against taking money from any sort of retirement account is that the money won’t be there when you need it. But there are counter arguments, specific to 401(k)s, since the money lost on investment earnings may be less than the additional costs of a loan acquired elsewhere. However, if you are in financial straits, it is important to consider all of the ways a 401(k) loan may cost you before you make the decision to move forward.

If you fail to make your payments on a 401(k) loan, the amount you “borrowed” now becomes an early distribution. And that carries significant costs. Since the money was taken out of your paycheck pre-tax, you will now owe ordinary income tax on the outstanding amount and accrued interest, plus an additional 10% penalty. For an investor in the 28% tax bracket with $20,000 outstanding, this would mean a $7,600 tax liability. And it would be due next April 15th. Consider that failing to pay a credit card debt damages your credit; failing to pay the IRS is another matter altogether. 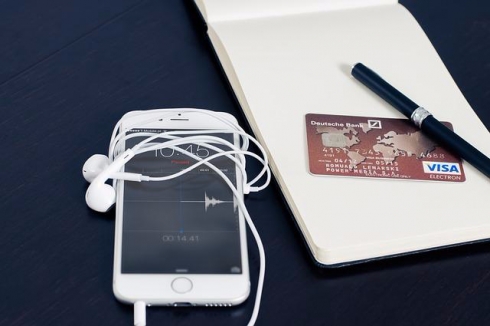 Even if you keep up with your payments, the entire balance will become due 60 days after you leave your current job. You don’t want the prospect of a big bill to derail a career opportunity. And if the separation is involuntary, you may find yourself with no income at all. If you fail to pay the balance within the allotted 60 days, you’re in the same situation as you are if you fail to make payments – the outstanding balance will be considered an early distribution, with taxes and penalties attached.

Paying taxes once is enough

Although paying taxes on an early distribution is painful, it at least represents a cost you would have incurred at some point, albeit at a much later date. Payments on a 401(k) loan are another matter, since they will be taxed twice in the long run. That’s because although the payments are made with after-tax dollars, distributions from your 401(k) remain fully taxable. In figuring the total cost of at 401(k) loan, it is important to include the double tax hit.

There is nothing inherently evil about 401(k) loans. In fact, there are situations where they may even be advisable. But easing financial difficulties is not one of them. The consequences attached to 401(k) loans can make a bad financial situation much, much worse. You would be well advised to look elsewhere for a solution.

Spread the love
By Kate Brown|May 1st, 2015|Categories: Blog|Comments Off on 401(k) loans can make a bad situation worse