Why we all need financial advice

Why we all need financial advice

Generally speaking, most of us fall squarely into one camp or another when it comes to the question of whether to hire a financial advisor. This isn’t that debate. What I’m talking about today is financial advice – and we all need it.

Let me be clear about what I mean when I say advice. I’m not talking about reading blog posts, or researching investments, or keeping up on current trends. These things fall under the heading of financial education, which is certainly a worthwhile endeavor, but they are general. Financial advice, on the other hand, needs to be specific. It requires knowledge of the particulars of your situation, as well as your sophistication level, risk tolerance, time horizon, and investment goals.

Too much of a good thing

I read today that a recent survey indicates that 59% of Americans would give themselves an A or a B when it comes to their personal financial knowledge. While I think that confidence is generally a good thing, misplaced confidence is somewhat less so. While I certainly think there are a fair number of people who are capable of competent financial management, giving oneself an A or a B is more suggestive of mastery. And I find it highly unlikely that nearly 60% of the American population possesses that level of financial acumen. 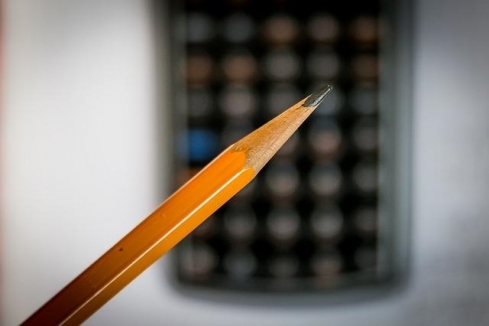 Of course, anyone who would have given him or herself an A or a B is probably feeling a bit defensive right about now, which I can certainly understand. Had I been a survey respondent, I would probably have given myself a high B or a low A without even thinking about it. But I’m not sure I would have deserved it. Certainly I would score high on financial topics – I enjoy discussing finances and I think investing is interesting, ergo I am motivated to be informed about them. But there is a vast gulf between understanding financial and investing concepts and making good financial decisions, and failing to understand that may keep us from asking for advice when we need it.

The elusive standard of rationality

It is important to be wary of overconfidence, certainly, but there is a second, more insidious reason that we need to seek advice. Humans are not, by nature, rational beings. This one is difficult for me to admit. I put great value on logical behavior, and like to think of myself as more rational than most. The fact that I think this way proves it isn’t true – behavior is either rational or it isn’t. It is not “more” or “less” rational. But neither that fact nor the sheer number of examples available to me of my own illogical behavior stops me from thinking this way.

Our own lack of rationality is a concept so accepted that there is a branch of study that seeks to reconcile financial and economic theory with the behavior of real humans. I’m talking, of course, about behavioral finance, and since it is one of those things I find so interesting, this won’t be the last time I talk about it. The field of behavioral finance holds that we all have biases, whether or not we are aware of them. And simply being aware of them isn’t enough to combat their influence.

There are many ways to go about seeking advice if the traditional advisor route isn’t for you. It isn’t necessary to find the most knowledgeable person on earth, though a foundation of financial knowledge will certainly help the process. The important thing is to find someone who understands you and your goals, but is not so similar to you that he or she will simply confirm your own bias.