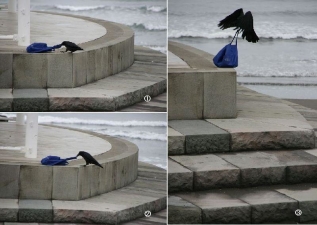 This is what I imagine it felt like to be a Fortune shareholder.

Fortune industries is a Human Resources company.  Basically small to medium sized companies outsource their human resources department to Fortune. Why talk about them? Fortune Industries is the cheapest company I know of on an earnings basis (excepting cases where the business is obviously in sharp decline, like Outerwall). I’m sure there are cheaper companies out there, but Fortune has a special history.

What happened at Fortune

The CEO of Fortune Industries had some money trouble back when it traded under the ticker FFI.  He had put up his shares in FFI against a personal loan.  Unfortunately, he couldn’t pay that loan and it looked like the bank was going to foreclose on the shares.  The company didn’t want to be majority owned by some random bank, so they sprang into action.  Management formed another company CEP, and used this company to do a buyout of Fortune Industries.

Long story short, somehow, the number of shares outstanding went from about 12 million to 55 million, existing shareholders were substantially diluted. As far as I can tell all the company got in exchange was cancellation of the preferred stock, which in my view, was not worth 80% of the company.  Management got majority ownership of the company for a song, I can only imagine it was this one:

I sincerely hope they had to sing it before getting the company handed to them. Fortunately (I see what I did there*), the company would borrow a bunch of money and buy out small shareholders for $0.61 per share.

The trick to this was that only shareholders who had bought before a certain date would get bought out.  When this was announced the stock price of Fortune Industries collapsed.  Arbitrageurs considered this an opportunity, they could buy shares for Fortune for about $0.15 figuring that the company would have to buy them out even if they didn’t make the date in order to get the number of shareholders below 300 (the maximum number of shareholders a company can have before it can no longer be considered “private”).

This didn’t actually happen.  Fortune  and a bunch of shareholders who thought they were going to get a free double or triple were instead stuck with shares that simply could not be traded.  This continued for months as the untradable shares sat in the brokerage accounts of people sure they were just going to make a quick buck.  In the meantime fortunes operating results, under the heavy debt load, stayed stable.  The company continued to grow.

Roughly a couple years ago the company was able to get listed under the symbol FDVF.  All at once the arbitrageurs attempted to sell. This pushed the price down far below where it was before it went private, despite the fact that operating results had been improving.

Over the years since going private Fortune Industries has seen mostly growth.  The company is highly leveraged, so increasing revenue has helped earnings substantially (going from operating profit of 2.5 million to 4.3 million over the last three years, adjusted for non-cash compensation from CEP, and a goodwill writedown in the initial year).  Earnings have been used to pay down debt, which currently has an interest rates ranging from 5.75% to 10%.  Paying down this debt essentially gets the company an immediate ROI equal to the interest rate.  This is extremely good when the company also has organic revenue growth on top of that.

This investment has some issues with it.  For one part, small shareholders are certainly just along for the ride.  Management owns over 90% of the company.  It’s probably more efficient for them to take profits in the form of greater pay rather than dividends (management compensation is generally tax deductible at the company level, while dividends are not).  This merits keeping a very careful eye on management compensation.  Unfortunately, it isn’t at all clear to me how one could keep an eye on management compensation.  The figures aren’t public.  It does appear that there is some sort of earn-out for management from the controlling company CEP, and management will earn about $2 million in restricted stock over the next 5 years, not from the owners of Fortune Industries, but rather from the owners of CEP (this should probably be read as, the previous CEO Marc Fortune).

The real hair is that, in my view, this management team already stole the company.  Maybe they’ll do it again.  I can’t think of any reason for them not to.  The money maximizing route for management at this point is to sit on their majority ownership of the company and vote themselves salary increases.  There aren’t any members of the board which aren’t also members of CEP.  The only member of CEP which doesn’t have an incentive to simply vote for salary increases is Marc Fortune.

Flatly, the company is inexpensive.  It last traded at $0.29 per share, and over the last 12 months it’s earned $1.96 million.  The number of shares outstanding is about 55 million.  This works out to earnings of $0.035 per share.  That leaves us with a price to earnings of about 8.  This would not be so impressive, unless we looked at the fact that the q4 from the previous year I’ve excluded as it includes a non-cash compensation charge that appears to be non-dilutive.  I estimate that the actually P/E is closer to 6.  In my view that makes up for a great deal of problems.  I’m not currently long Fortune Industries, but if the price to earnings drops near 4 or 5, I would definitely pick some up.  I think that over the course of the next few years, barring any recessions, earnings will probably grow at 8-12%.  I estimate that this is roughly the return a holder of Fortune Industries would see over the next few years.  Barring, of course, management just stealing the company again.

You might be inclined to think that I would advise against buying and holding this company.  After all, a company can double any number of times you like, if management leaves with everything at the end, who cares?  That’s a fair point, but I think that while it is possible that something like that does happen, I think it’s relatively more likely that the company just grows and pays down debt.  There is no incentive for the company to pay a dividend, but if you have a long-term time horizon I think that eventually something good will happen.  I don’t know what (maybe a buyout), and I don’t know when (5 years), but buying companies at a price to earnings of 6ish will probably be good if you have a basket, and you’re willing to sit.

Disclaimer: I have no positions in any stocks mentioned, and I have no plans to buy or sell any of the mentioned stocks within then next 72 hours. I wrote this article myself, and it expresses my own opinions. This is not a recommendation to buy or sell any stock. I am not receiving compensation for it (other than from the owner of the blog District Media Corp). I have no business relationship with any company whose stock is mentioned in this article.  Always do your own research before making any trade, buying or selling any stock mentioned.