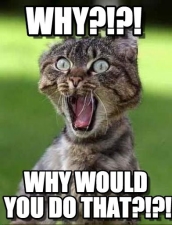 Looks like the UK has voted to leave the European Union.  Financial markets are reacting horribly to the news, with Europe down 8%, UK down 9%.  So what’s a Brexit? Why are financial markets reacting so bad? Is it time to panic?  Why don’t we knock these questions down one at a time, then my favorite security for riding out the situation.

So Britain has never quite been of one mind about the European Union.  For one they’ve always refused to participate in the Euro.  The sticking point seems to be anti-immigration sentiment.  EU rules mean that there is free movement of people throughout the EU.  So, anyone from anywhere in Europe could go and live in the European Union.  In the United States, we’ve had this for centuries.  If you’re born in a poor state like Mississippi you can move into a wealthy state like California, no one worries about it.  To get an idea of the sentiment in Britain, maybe it’d be easier to imagine if NAFTA had a legislature rather than just being a trade agreement.

Further imagine that this legislature had decided that there should be free movement of people as well as goods in North America, so that someone from central america could move to Oregon with no visa or other documentation.  Basically all current illegal immigration in the US would be legal, and there would probably be more.  While I think that would be a good thing, you can understand how there would be a great deal of opposition and calls to leave NAFTA.

When thought of that way it’s actually quite amazing that the vote to leave the European Union was as close as it was, 52% in favor of leaving versus 48% in favor of staying in the EU.  This brings us to our next question…

Why markets are crashing

While free trade and immigration remain unpopular with populists the fact of the matter is that they are great for the economy.  Iregui in 2005 <link> found that the cost of immigration restrictions to world GDP as somewhere between $11.5 trillion and $158 trillion (in 1990 dollars).  Yes, that’s a huge range, but no study I’m aware of has found that free immigration wouldn’t be a massive economic benefit to the world. The reason for this is obvious.  If Einstein is born, but gets stuck in Kenya the whole world suffers.  Further, as we move more toward a knowledge economy the variance of productivity from any one person has increased substantially.  When all anyone does is farm, it really doesn’t matter where you’re born, you still produce about the same amount.  But when some people are capable of building companies worth hundreds of billions of dollars, the world misses out on vast wealth by locking them out of, say Silicon Valley, for example.

So, in my view, the markets see future restrictions in freedom of movement as bad.  Further, I think there is some expectation of a trade war between the UK and the EU.  Trade wars are bad for the same reason immigration restrictions are bad, and can have similar costs.

Even so normally, the market doesn’t react this badly to crappy news, I can’t think of the last time I’ve seen the UK’s stock market (the FTSE) sell off 9%!  This is probably because the market wasn’t expecting the British to vote to leave the European Union.  Normally, votes like this the market has time to build in the drop over months as it becomes more obvious that the British will stay, or leave, or whatever.  This time the market got it wrong, betting markets said that the UK would probably stay in the European Union.  It seems that bad weather in pro-stay areas might have been a significant factor.  The market, unfortunately, doesn’t have a preternatural ability to predict the weather, and so it got blindsided.  The result is that all of the downside of the UK leaving the EU has to get baked into stock prices at once.

If you have money in the European stock exchanges, as I do, you might be wondering, is it time to panic?  In a word, no.  In financial markets panic is never the correct solution.  Any time you let your emotions get control of your decision making in your finances you might as well set money on fire.  I keep a shoebox of dollar bills to burn so that I can achieve catharsis without making more expensive decisions. 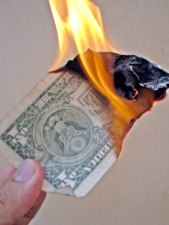 In fact, I suggest that you instead just assume that you can’t sell any financial instrument you buy.  At some point I’m going to have to go back through my brokerage statements and figure out if I’d be better off if I never sold any of the stocks that I ended up selling.  I’m pretty sure I’d be better off.

When the rest of the world panics, I want to sell them safety.  I should note at the beginning here, selling safety is very risky!  I have 0.2% of my investable assets in it.  Today I will probably lose half of what I have invested in it.  If that doesn’t sound like the stock for you, don’t touch it with a ten foot pole.

The “stock” is the exchange traded fund XIV.  The VIX is the so-called fear index.  It measures volatility in the market. As of this writing the VIX is up about 36%.  Some people like to use it as a hedge by buying funds that track the VIX, so that when volatility goes up and they lose money in other parts of their portfolio the VIX going up makes up for it.  In order to get this protection owners of these funds expect to lose money on average over time.  Essentially, by buying XIV we accept the risk that owners of VIX that are trying to get rid of, in exchange for the expectation of making money over time.  That risk means that XIV crashes by 75% occasionally.  On average you outperform the S&P 500.

Maybe you’ve seen a nice graph of risk versus returns.  Cash is low risk low return, short term bonds are more risk and more return, long term bonds give more risk and more returns, then all the way on the riskiest end you have something like small-cap stocks giving the most risk and the most return.  XIV is the dire half-dragon version of this.  You’d have to be crazy to think you could successfully trade this, I simply keep it under 0.5% of my portfolio by selling when it’s above that, and I buy more when it gets below 0.15% of my portfolio.

What’s the conclusion here?  I think Britain made a mistake, but there is a silver lining.  Stocks are on sale, and I’m loading up.