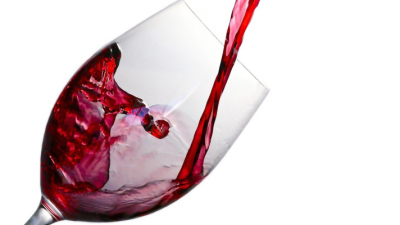 In the midst of our current health crisis, countless Americans are also worried about the state of the economy. While stocks typically begin to rise anywhere from three to six months prior to economic recovery, many people living in the U.S. are still struggling to make ends meet. From mass layoffs and unemployment filings to a lack of stimulus payments and rent relief, it’s not surprising that residents nationwide are looking for ways to save as much money as they can.

But while you might have assumed that cooking at home and eliminating any unnecessary subscription services would do the trick, you still might be spending more than you’d like. And if you’ve been using alcoholic beverages to cope with the uncertainty of the pandemic, your personal finances — and your personal health — might be in a sorry state. Given the sharp increase in alcohol sales, particularly at the start of the pandemic, it’s clear that you probably aren’t alone in your spending (and drinking) habits.

As we approach the end of the year, however, you might be looking for ways to gain control of your money and get your health on track. ‘Tis the season for setting resolutions, after all. What you might not realize is that cutting out alcohol could allow you to accomplish both goals at once.

The base cost of the alcohol itself can really add up, whether you’re staying home or venturing out to a bar. Even if bars close early where you are, a night out can cost around $50 to $100, especially if you have to order food. That doesn’t factor in the costs of gas, calling an Uber, or parking. And if you’re staying in, buying alcohol can still cost a pretty penny. California is the fourth-largest producer of wine in the world, but no matter where you get your wine, it might cost you anywhere from $10 to $20 (or more) per bottle. Depending on how much you drink and how frequently, you could be spending hundreds of dollars a month — or several thousand dollars a year — on wine, beer, and spirits, along with mixers.

Of course, there are also other costs associated with drinking. Alcohol and other illicit drugs play a role in more than 15,000 car injury deaths each year. If you decide to drive while intoxicated, you could be risking more than just your safety and the lives of others. You might also be forced to pay for fees associated with an arrest, property damage, ignition interlock installation, alcohol treatment, license suspension, or jail time. Even if you make it home safely, you’ll probably end up spending more on food or ill-advised online purchases. Since alcohol consumption can lower your inhibitions, you’re less likely to listen to the voice in your head that tells you to stick to your budget.

According to Finder, almost 70% of Americans drink at least one alcoholic beverage a week. But the average person who drinks will consume around eight drinks per week and will typically spend around $70 per week on alcohol. Say you conservatively spend around $250 per month on alcohol and alcohol-related purchases. In a year’s time, you’ll spend more than $3,350 on libations. For some, that’s equal to several months of rent or a sizeable chunk on a car down payment. And while there are ways to save on alcohol and nights out, it’s truly eye-opening to figure out just how much you could save by curbing your drinking habit entirely.

Even if you’re more conservative with your drinking and related expenditures, you might be doing more damage than you realize. Although the healthcare costs of excessive alcohol consumption can be massive in the long term, your spending in the present could be keeping you from reaching your ultimate goals. One good way to come to terms with the real costs of drinking is to create an alcohol budget. This can illuminate those costs you might easily ignore and help you stay on track.

But if you’ve decided you want to try abstaining from alcohol, even just as a financial experiment or to address health concerns, there’s no better time to try than in the new year. Dry January has caught on in the UK over the last few years and there’s no reason why it can’t be a hit across the pond. Cutting out alcohol for a month at the start of the year can help you confront some uncomfortable truths and see how your life could be improved by limiting your alcohol consumption. While that doesn’t mean you have to stop drinking forever, it can be a good way to reset and rethink your habits — and start off 2021 in a better financial place.