What Are the Odds: Why the Taxman Really Wins The Lottery 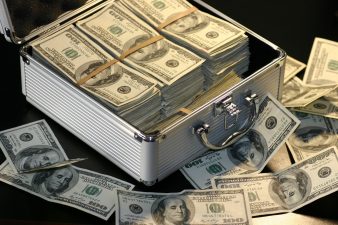 There is one American tax that Americans seems to have no gripes about voluntarily paying – the lottery. In fact, Americans shelled out about $80 billion to play their luck in 2016. They are really playing with luck in this sense. Owing to some official rule changes enacted in 2015, it is now statistically harder to win a jackpot lottery.

The only thing with lower odds than actually winning the lottery is believing that winners get to keep all of their money. It’s one of the reasons I no longer play the lottery. I calculated how much money I wasted and opted to begin saving it. A significant portion of lottery winnings are taxed, working class and poor people buy more lottery tickets than anyone, and governments depend on people to buy tickets.

The only real winner of any lottery it seems, are government coffers and the taxman. The actual amount of lottery winnings which go to social programs isn’t clear. Also, you’re really buying tickets to win significantly reduced post-tax winnings instead of any advertised jackpot figures, against astronomically prohibitive odds. If you consider lotteries in that manner, like I did, you might buy fewer lottery tickets.

Paying a Lottery Tax on Winnings

Americans spent more than $80 billion on lottery tickets in 2016. That’s $7 billion more than they spent the previous year. Only about 60% to 63% of such monies pay out lottery winnings. The remainder fills state and federal coffers and pays for various social programs.

About $17 billion is supposedly for improving education. Another $3 billion pads out the general coffers of state governments. About $3 billion pays for social programs to aid senior citizens, the homeless, those in substance abuse programs, and various other government-sponsored social programs. Maybe $20 million is goes toward gambling addiction programs. Only the federal government and the taxman know how the rest of the money is used.

I chose long ago to focus on saving money and investing wisely to get what I want in life. Most of the people who play the lottery spend about $600 on tickets annually and make less than $10,000 a year. It’s the only voluntary tax that a government can get people to pay willingly. You may be better off playing your luck with a good savings plan, financial market interest rates, and a bank account.

Spread the love
By Allen Francis|January 3rd, 2019|Categories: Personal Finance Tips|Tags: lottery taxes, winning the lottery|Comments Off on What Are the Odds: Why the Taxman Really Wins The Lottery