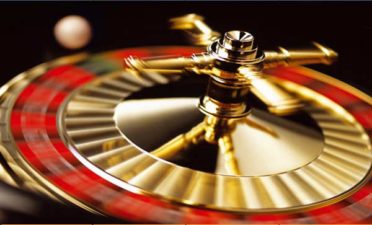 The stock that makes the most sense for me to own isn’t a stock at all.  It’s an ETF.  Basically, it’s a fund that trades like a stock.  This fund (XIV) is designed to exploit the fact that people don’t like risk.  That makes sense.  Risk isn’t a good thing.  I don’t like risk, and you shouldn’t either. Some people, have decided that volatility and risk are the same thing.  To me, risk means losing my money.  Volatility is a measurement of the change in the quoted value in your portfolio.

The beautiful thing about the free market is that when someone is willing to pay for something you can offer to provide it.  Since I don’t mind the volatility people can simply pay me to take it on.  XIV is a method for selling your willingness to accept volatility.

The answer to that question is lots!  In the past XIV has lost over 90% of its value!  There is even a provision in the fund which will cause the fund to liquidate if it loses too much value too quickly.  This could certainly result in losing 100% of your investment.  Why is this level of volatility worth accepting?  Well, since inception in late 2010 it has returned 274%, compared to 107% including dividends from the S&P 500.

So how does this literally work?

Mind you, this will get slightly technical, so bear with me.  It’s really necessary to fully understand anything that you’re going to invest in and the XIV is no exception.  In order to understand the XIV etf you must first understand the index it attempts to short (ie, be the opposite of).

The VIX is a volatility index. It attempts to measure how much risk there is in the market, by measuring how much the market expects prices to go up and down over the next month.  In the context of the VIX, “the market” means the S&P 500.  The index itself is calculated from the implied volatility of both calls and puts on the S&P 500 index.  Prices of calls and puts both sooner than one month from now, and after one month from now are used to interpolate the volatility over the next month.  For a step by step explanation of how to calculate the VIX yourself, please see the Chicago Board of Exchange’s white paper on the subject.

It isn’t immediately clear from that why a fund based on doing the opposite of the VIX would make money.  Well, if you had a fund that wanted to mirror the VIX, you’d have to own a bunch of options on the S&P 500 at different strike prices.  These options have expiration dates, and you need to maintain a weighted average of options exactly 30 days into the future.  So, as each day goes by, you have to buy enough options with expiration dates more than 30 days away, and sell enough options with expiration dates closer than 30 days to keep your weighted average exactly 30 days away.

This means, on average, you’re selling options with nearby expirations, and buying options with distant expirations.  Generally the future has more implied volatility than the present because there is simply less known about the future than the present.  This means that the value of options tend to decay as days go by, and therefore a VIX fund loses a little bit of money, on average, each day.  Since inception in 2009 a VIX fund (VXX) which attempts to match the daily change in the VIX has lost 99.9% of its value.

The XIV does the exact opposite.  Rather than buying these options, it sells these options, so it, on average sells options with distant expirations and buys options with nearby exipirations.  Therefore, you should expect the XIV to make a little bit of money each day, on average.  As I mentioned before, since inception XIV has gained 274% in value.

Well there’s a real chance that this guy will go to zero.  I wouldn’t put all of your money into it.  I keep a very small percentage of my investable net worth in XIV.   I put a little more in everytime the world loses its collective mind (Brexit, US Goverment Shutdown, the Euro Crisis).  If it ever becomes too large a percentage of my portfolio 4-5%, I plan to sell it back down to 1-2%.  This breaks my cardinal rule of never selling, but I’m not sure that XIV will ever pay dividends, and the continued risk of going to zero seems non-trivial to me.