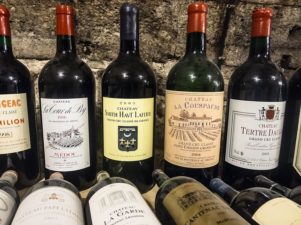 Conceptual artworks are often purchased not just as decoration but as a symbol of status and wealth. When art critics deem one particular artist ‘popular’, the artist can go from little-known amateur to globally recognized superstar in the art world, selling their work for hundreds of millions of dollars. There’s no doubt that the art market is booming, and investing in the work of an up-and-coming art sensation could be the wisest financial move you ever make. Keep in mind, however, that it is terribly easy to make disastrous investment choices if you aren’t familiar with the art industry and its fluctuating trends. It takes a little insight to know exactly what will sell, and what will flop, in the future. Consulting an art expert is advised – especially if your own art knowledge only stretches as far as being able to tell a Monet from a Picasso. If you haven’t got the cash to purchase a pricey piece of modern art, consider instead the option of sponsoring a new and promising artist, in return for a percentage of the sales made on his or her work.

This might not seem like the most exciting sector within real estate, but it has become an increasingly profitable business. There are plenty of reasons why someone might want to rent a storage unit, with 1 in 10 Americans recorded to be using a storage space at any given moment. Last year, the sector made more than $22 billion, with rentable storage space in the US now equating to over three times the size of Manhattan Island. TV shows like ‘Storage Wars’ have furthered helped popularize the use of storage units. The current shortage of storage solutions will continue to grow as the demand increases –  you’d be wise investing sooner rather than later.

The so-called practise of ‘staking’ or ‘backing’ has gained momentum as the latest investment trend in places like Silicon Valley and, of course, Las Vegas. ‘Backing’ typically involves covering a poker player’s buy-in, the cost of which is later returned to the investor, on top of a percentage of the player’s winnings. Previously, an investor’s partnership with a poker player was formalized on a casual basis in a private agreement between both parties, but recently there have emerged many staking businesses which help connect players with investors whilst keeping track of tournament progression and transactions. You can invest as little or as much as you want in a promising player, either online and in real life tournaments. Make sure you understand the logistics of both the game and business before agreeing to back a player – those already familiar with the poker industry naturally have an advantage in backing.

A growing momentum that shows no sign of halting – esports has exploded in popularity over the past few years. Streaming services such as Twitch have turned video gaming into a spectator’s’ sport, and international tournaments have turned skilled gamers into superstars. Now is a good time to look at investment options in the growing sector. You can invest in anything from the diverse range of game developer start-ups, to promising players competing in international tournaments.

Wine itself is something you can be sure won’t ever fail to sell, but if you’re going to invest serious money in wine then you should choose your brands wisely. Bordeaux and Grand Cru Burgundy are the most prestigious and sought-after wines in which to invest right now – but also amongst the priciest, with one bottle costing at least $600. The downside to wine investing is that you will need to pay for professional storage for every year that your wine is growing more valuable – with no gradual ROI flowing in. You can expect to wait an absolute minimum of five years after the initial investment before selling the wine.

Money isn’t the only kind of return you can get on investments. If you’re interested in making a difference, consider socially responsible investment – also known as ‘impact investment’ or ‘sustainable investment’. This typically involves funding projects designed to protect the environment (such as sustainable energy solutions), or to help impoverished communities (such as by funding health centres, farming and business initiatives.) This form of investment can not only bring you great ROI, but will make you feel good in the process and even leave a lasting legacy in your name.

Invest in the future – and have your money influence the technology of tomorrow. “Manned missions to the outer reaches of the Milky Way is an extremely far-off goal, but investing in companies that make small satellites and inexpensive rockets to help other industries see things from high above, can now be done,” writes Bryan Borzykowski for the BBC. Space technology and exploration funding has been cut by governments in recent years, leaving many private companies and researchers looking for investors elsewhere. For many of those investing in space research, the main ROI is not money but the progress or discoveries they’ve helped fund.

Bitcoin investment is hardly a new trend, but there are other virtual currencies on which to keep an eye. As making transactions and banking online continues to become the norm, some digital or ‘virtual’ currencies become more common and subsequently more valuable. There are around twelve other popular crypto currencies besides Bitcoin which are steadily growing in worth. The hype surrounding virtual currencies may have dissipated somewhat in recent years – but the money-making potential is still very much there. Start trading cryptocurrencies today with Bitcoin Revolution.

As evidenced above, there are numerous creative and lucrative businesses where you can invest not just your money but your passion. Whether from creating your own wine cellar or purchasing new works of art, investment can be as fun and fascinating as it can be financially profitable.

Spread the love
By James Hendrickson|September 3rd, 2016|Categories: General Personal Finance|Comments Off on 8 Alternative Investment Choices for When You’re Bored of Stocks and Bonds