How to Become a Prodigious Accumulator of Wealth 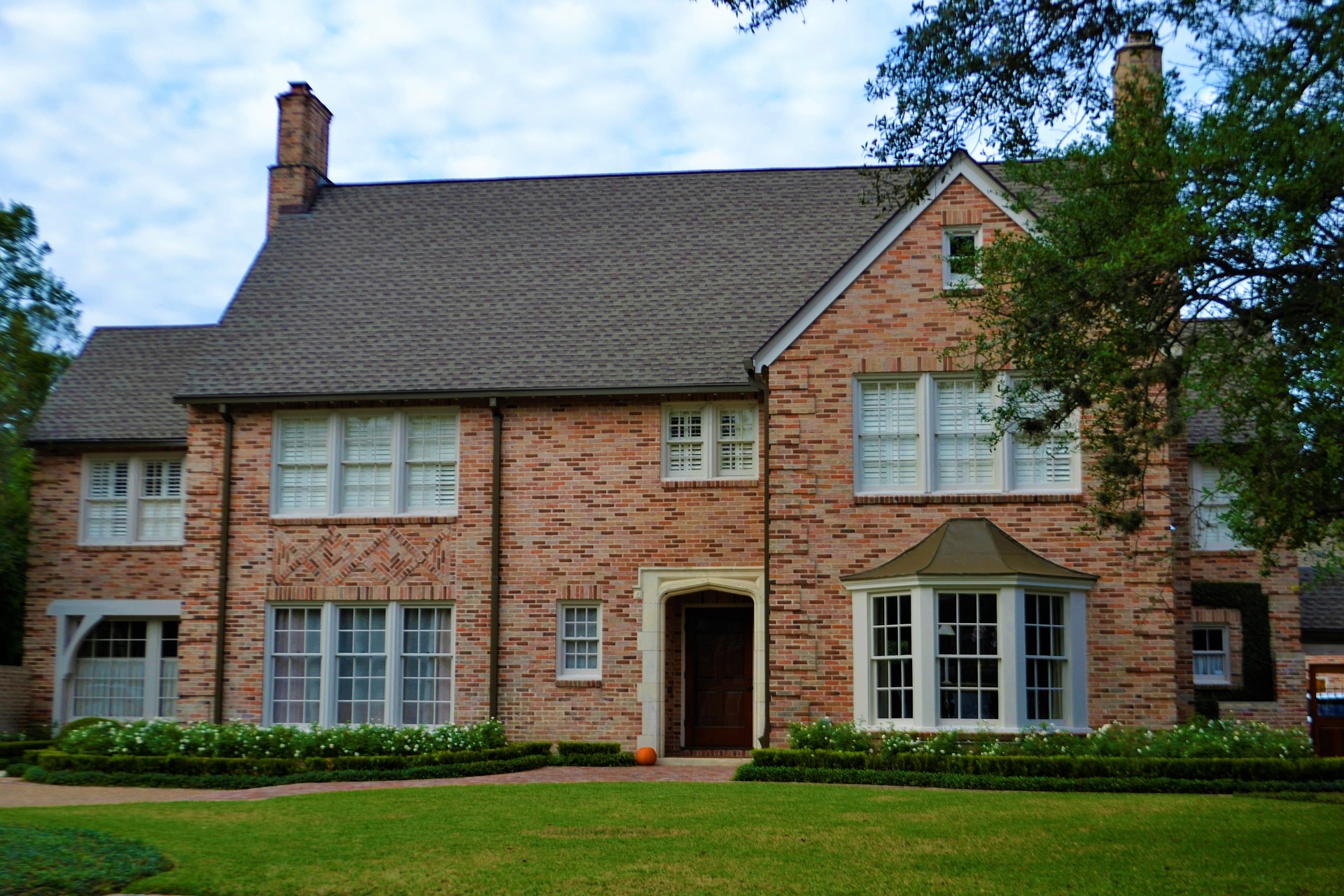 People usually say, “that’s easier said than done,” when they want something, but don’t want to sacrifice to get it. It takes time and the appropriate mindset relative to responsible personal finance to become wealthy. Over 26% of Americans are confident they they’ll become wealthy one day – they just don’t know how exactly. And, they’ve done absolutely nothing to try to accomplish this goal.

It means that if you have the appropriate mindset about money and personal finance, you could be a prodigious accumulator of wealth. A PAW is a term that was popularized in the 1997 book The Millionaire Next Door: The Surprising Secrets of America’s Wealthy by Thomas J. Stanley and William D. Danko.

A PAW is basically a personal finance formula to determine the efficiency of wealth accumulation. The best way to explain what a PAW is, and more importantly how you can become one, is to first talk a it about The Millionaire Next Door. 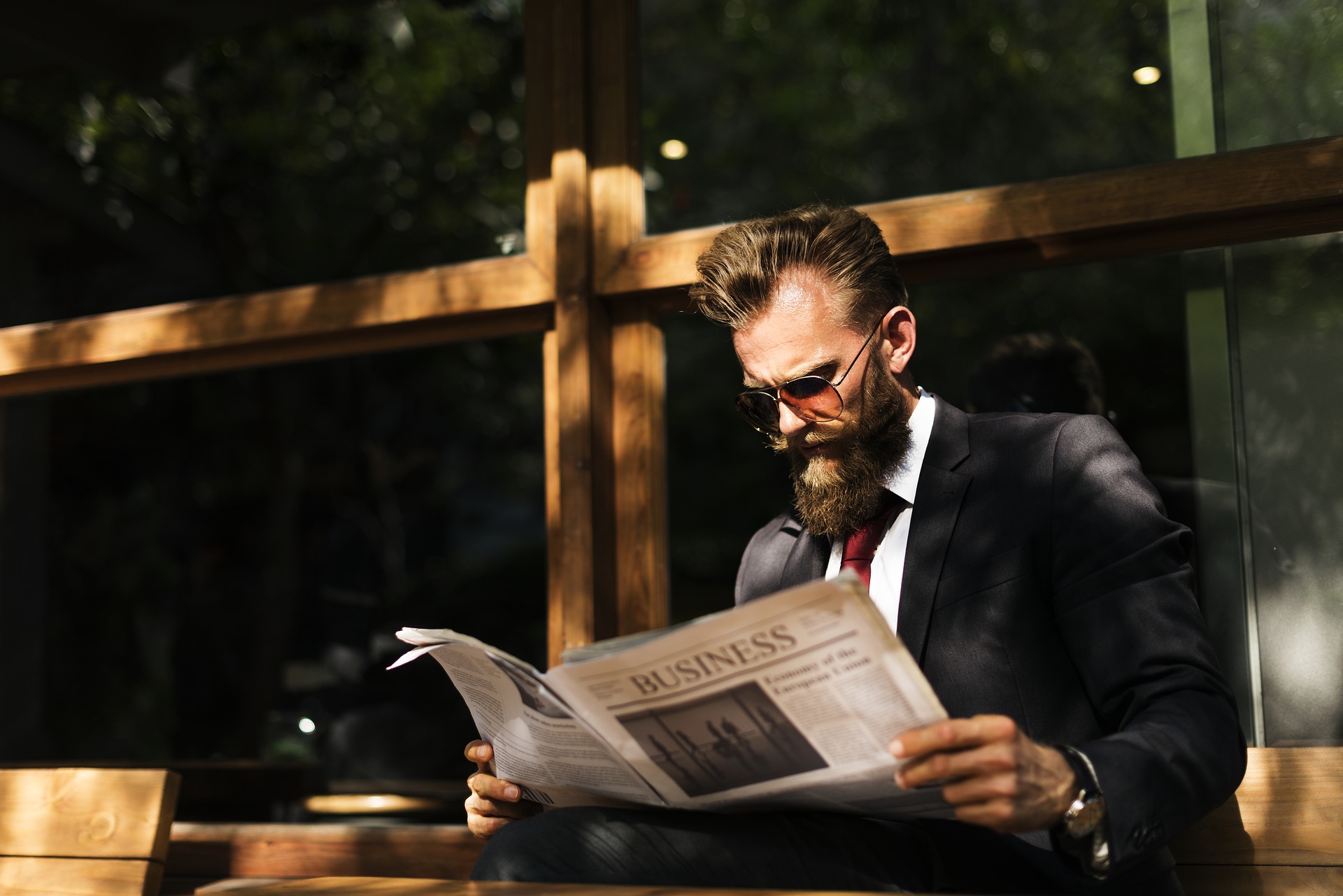 A prodigious accumulator of wealth builds wealth. They don’t confuse spending an income with wealth generation.

The Importance of The Millionaire Next Door

Stanley and Danko’s book has relevance today because the premises raised within still resonate. The Millionaire Next Door says that the average person has misguided notions about the wealthy. They don’t all revel in material wealth, they are not just extremely lucky and were born into wealth, and they are not all tax dodgers who unfairly game the system.

Most millionaires are nondescript and unnoticeable. (Which is the premise of the title.) They live in middle-class and working-class neighborhoods. Contrary to popular notions, they don’t drive the fanciest cars and they don’t prize material wealth.

A millionaire, someone with a net worth between $1 million and $5 million, could live in your neighborhood and you might not even know it. When most people think of millionaires, they think of lottery winners, celebrities, or the children of the uber-wealthy.

The average millionaire are people like your local dentist, auto repair shop owner, laundromat owner, vending machine owner, liquor store owner, and so on. These are people who live well below their means. In other words, they are prodigious accumulators of wealth.

What is a PAW?

As explained by Stanley and Danko on page 13 of The Millionaire Next Door, the formula that dictates whether or not you are a prodigious accumulator of wealth goes thusly: “Multiply your age times your realized pretax annual household income from all sources except inheritances. Divide by ten. This, less any inherited wealth, is what your net worth should be.”

While you can use this formula within a modern context to assess your own efficiency at building wealth, we can use the idea of this formula in a simpler context. After all, “wealth,” is a relative term. PAWs strategically increase their net worth by accumulating their cash, assets, and home equity. They also strive to live without or cut down debt.

They meticulously budget their finances, plan for their financial futures and invest wisely. They don’t covet attention for their wealth and don’t revel showing off their social status. It is important for them to promote responsible personal finance practices within their families. Most importantly, they work in strategic business markets that play to their skills. 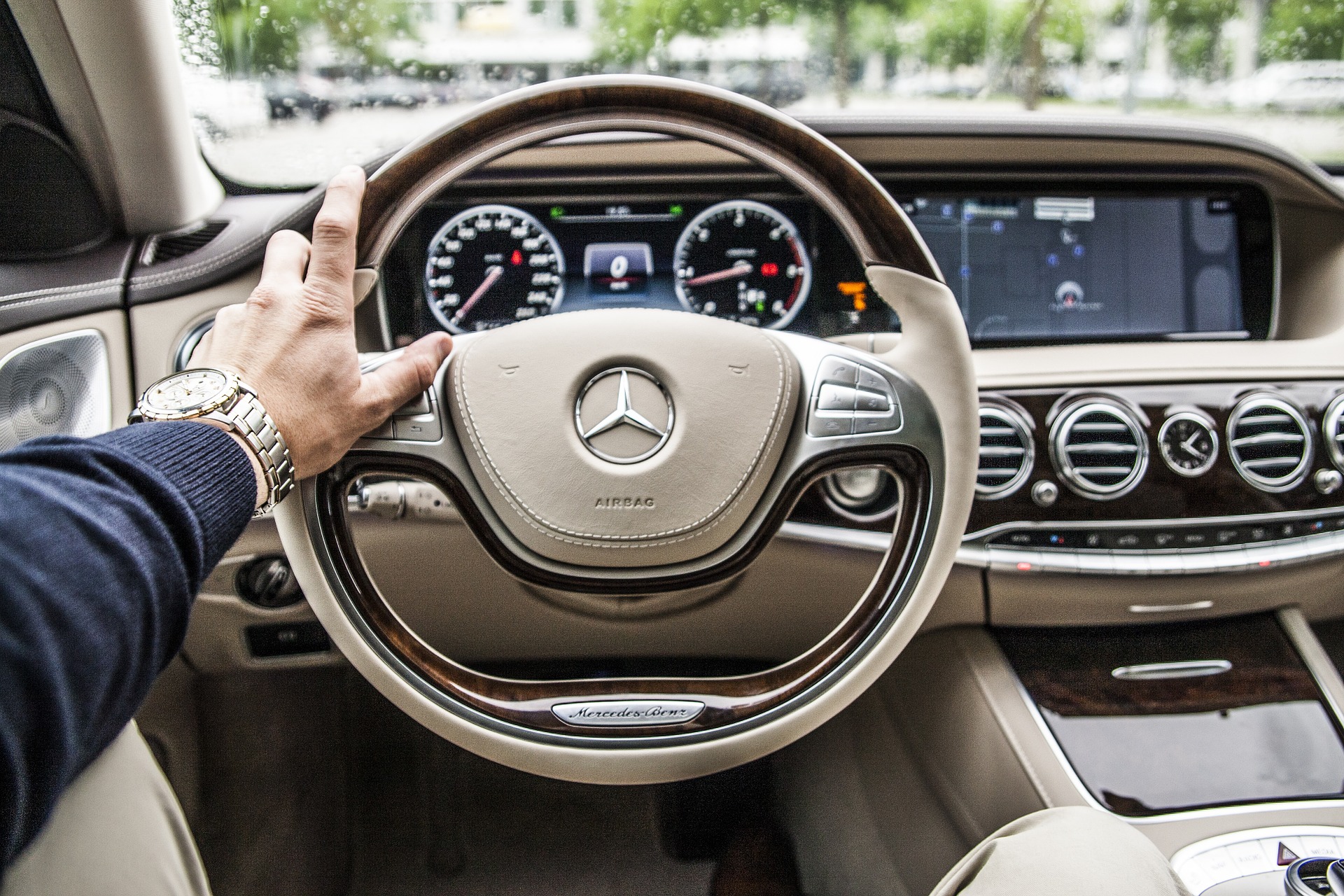 PAWs aren’t interested in showing off expensive watches, cars, and flaunting their status. They are interested in becoming financially independent and eschew materialism.

They know how to responsibly build upon their wealth and how to maintain it. Under accumulators of wealth, or UAWs, mistake income for wealth, rent instead of own, patronize businesses instead of starting one, and never think about their financial futures. So, now that we have defined a PAW, how can you become one?

The best way to help you understand what it takes to become a PAW, let’s go over the seven factors that Stanley and Danko list as tenets that all millionaires follow. You’ll find the seven factors in the introduction, pages 3 and 4, of The Millionaire Next Door:

1 – They live well below their means.
2 – They allocate their time, energy, and money efficiently, in ways conducive to building wealth.
3 – They believe that financial independence is more important than displaying high social status.
4 – Their parents did not provide economic outpatient care.
5 – Their adult children are economically self-sufficient.
6 – They are proficient in targeting market opportunities.
7 – They chose the right occupation.

First, accept that this is a process that could take years. Learn to live below your means and don’t spend more than you make. In the chapter titled, “You Aren’t What You Drive,” on page 109, the authors use their data to reveal that most millionaires drive average cars. Notably, Fords, Cadillacs, and Lincolns in that order.

One of the biggest points in the book is the importance of teaching children the responsibilities of personal finance. Beyond perhaps paying for higher education tuition, you shouldn’t financially take care of adult children. They will never learn to respect money, take care of themselves, and the practice will deplete the family wealth sooner or later.

Half of all parents pay for the rent, cell phone bills, car bill, weddings, and various bills of their adult children. Parents are supporting adult children usually at the expense of their own savings and even retirement savings. This is no way to accumulate intra-familial wealth for the long term.

Find Your Niche in Business

One of the sharpest points on becoming a PAW is articulating in #7 of the seven factors and in the chapter, “Find Your Niche,” on page 211. PAWs work in occupations suited to their skills and in target business markets. Can you work in a market that attracts the patronization of wealthy people?

Or, in a profession in a target market in the right location that provides a service people can’t do without? As detailed in the chapter, these professions include being a lawyer, tax preparer, accountant, dentist, psychiatrist, plastic surgeon, allergist, and so on. Or, you can work in professions that don’t require years or schooling and certifications, like, pawn broker, tire store owner, laundromat owner, or own a vending machine network. 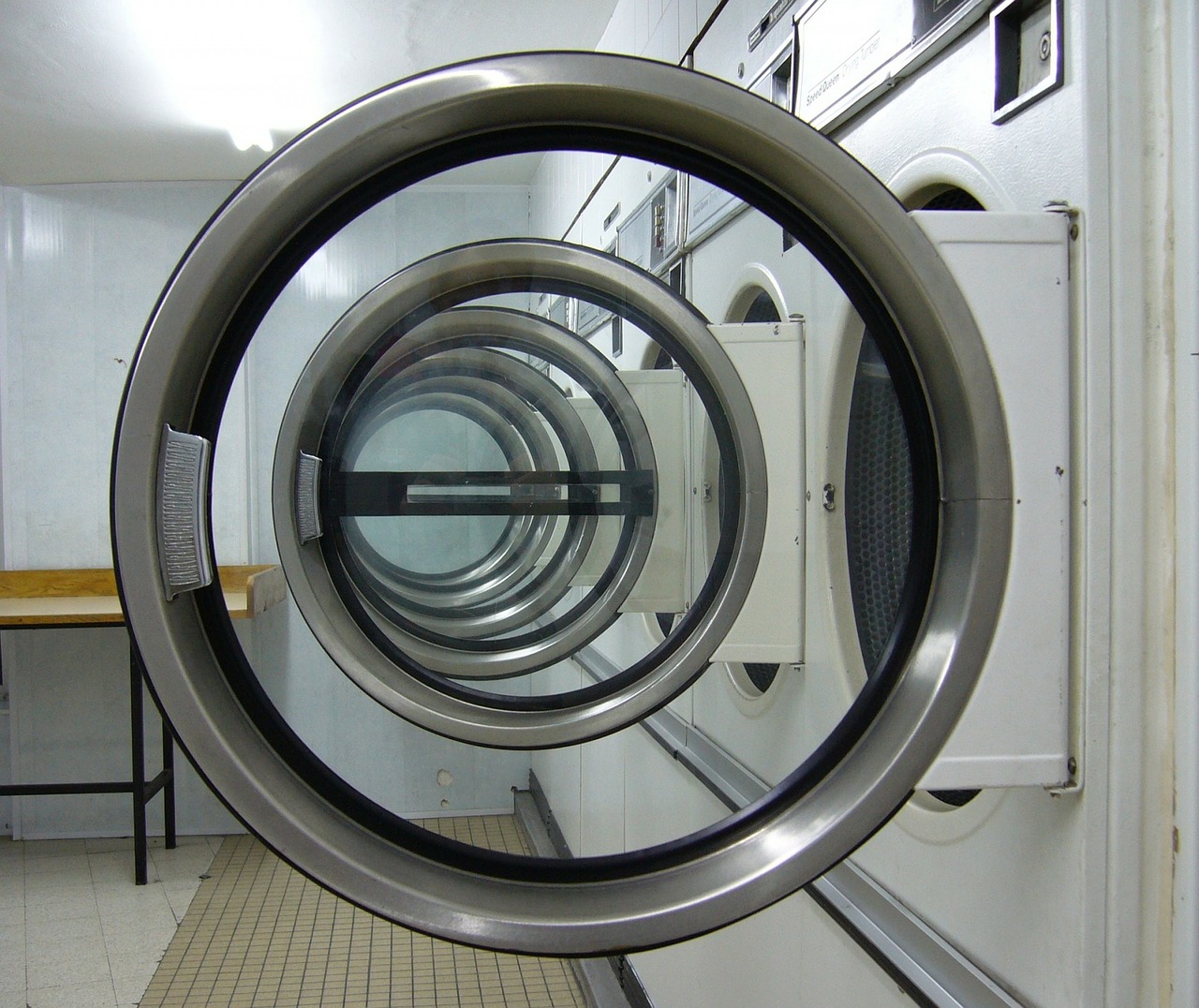 You could become a millionaire, and a PAW, by owning a few laundromats in strategic business markets within a few years

It’s Mindset, Not the Money

The point is that income is not the same as wealth. You should find the right business market suited to your skill set to make money and build wealth. Furthermore, you must endeavor to live within your means, budget, save money, become financially independent, and realistically strategize how to build upon your wealth. Only then can you hope to become a prodigious accumulator of wealth.

Calculating and Understanding Your Lifetime Wealth

Investing in Art is a Risky Proposition

Spread the love
By Allen Francis|September 23rd, 2019|Categories: General Personal Finance, Life, Personal Finance Tips|Comments Off on How to Become a Prodigious Accumulator of Wealth