Adios to Yet Another Student Loan

It’s great that the loan is paid off, but gee golly gosh it hurts to pay that much money for a loan. I can’t stand paying $10 for dinner, so imagine how much it sucks to pay over $3k and get nothing in return except a piece of paper that says I don’t owe someone money anymore. Ouch!

On the other hand, it feels pretty awesome to get rid of that financial obligation. Not only does it increase my cash flow because I don’t have to make payments anymore, but it also reduces my debt and gets me a little closer to the peace of mind that comes with being debt free. When I think about it that way, it feels pretty freaking awesome.

In fact, it feels so good I decided to do it again. 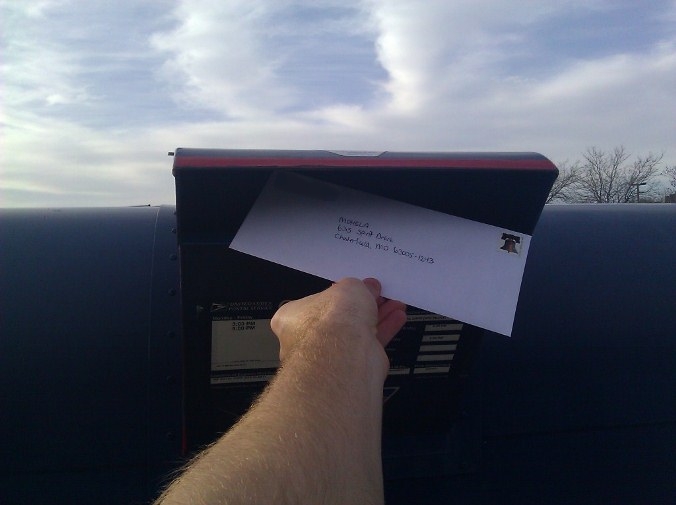 I paid off another student loan. This time I sent a check for $3,446.15. That leaves me with just under $500 of loans left with stupid MOHELA and about $7,400 with Sallie Mae. I will definitely have these things paid off sometime this year, and hopefully it will be in the next few months.

My Secret to Aggressively Paying Off Debt

Between the two loans I’ve paid off recently, I have spent $6,809.30 on paying off student loans. It’s really hard to believe I’ve done that in such a small amount of time. Some of you might be wondering how I could possibly pay that much money. You must think I’m making like $250,000 a year or something.

I’m not making even close to half that much a year, but I am making quite a bit more money this year than I was in 2011 thanks to this website. And that SECOND INCOME has been the key to my aggressive payments.

It’s not like this website is pulling in anywhere near the amount I make in my day job, but knowing that I have a few extra bucks in my pocket allows me to send more off to the student loan company. Plus I have a feeling I’ll be getting a little more money in the coming months. When I’m confident I can replenish my bank account, I’m more willing to take most of my money out and send it to pay off loans.

So if you have some debt and you aren’t happy with how quickly you are paying it off, I encourage you to think long and hard about picking up a few extra shifts at work, getting a second job, or starting some kind of side hustle. It can make all the difference in the world.