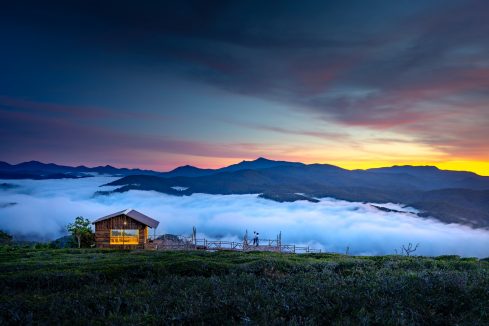 “The devil is in the details,” is a useful saying that most of us tend to ignore until we can’t ignore it anymore. As we get older, we want to believe that we have everything figured out. Or, that personal experience, and the lessons learned from such, trumps using a little common sense every now and then. Sometimes, a gut reaction is the right reaction.

No, not really. In the early 2010s, I took a rail tour of several countries in Europe. Namely, Germany, France, and Belgium. I couched-surfed in the homes of several friends and a relative. It was a disheartening time. I didn’t have enough money saved, and I just didn’t consider the high standard of living. I didn’t plan on anything, I only planned for adventure.

Yet, “adventure,” is just a series of terrifying incidents that sound great in retelling just as long as you survive the experience. Before I left New York City, I bought a Eurail Pass for $1,000, which was just gourmet insanity for me to do. I assumed that I would visit several countries, have fun, and make great memories. Well, I only had a few hundred dollars on me.

Once I converted to Euros, my money evaporated sooner than I thought it would. I had to depend on friends for food. Plus, I only got to see three countries with a $1,000 rail pass. (I rue that purchase to this day!)  For an expensive rail pass, I should have had thousands of dollars saved. I didn’t think about food costs, what I’d do if I got injured, the high standard of living, or anything else.

The most important lesson I learned from the experience is that you have to think about the small details. Like buying a tiny house.

The company sells a few different models. Like this nearly 300-square-foot tiny house that sells for about $19,000. Amazon advertises that these tiny homes are useful as retail spaces or home offices. There is a very good reason for that. The devil is in the details.

That Will Cost Extra

What it isn’t made obvious, most tiny homes don’t come with kitchens or bathrooms. Even for those that do, connecting them to existing infrastructure can be a financial and logistical nightmare. In almost all residential neighborhoods, you can only build full-sized houses on land with permanent foundations. Most tiny houses come with wheels and are meant to be mobile.

Even if you could hook up a tiny house to utilities, it would be no easy feat. First, you would have to deal with local zoning laws, paperwork, permits, and fees. You would have to have contractors custom attach it to existing plumbing and electric lines. On top of the $20,000, you would most likely end up paying $10,000 extra at the minimum. Or, tens of thousands of dollars extra just to make a tiny house function like a full-sized house.