Broke Celebrities Who Have Squandered Their Fortunes 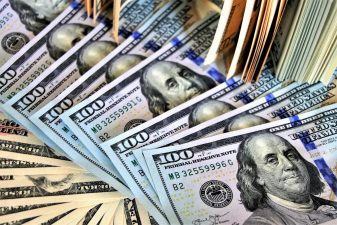 The amount of money you accumulate over a working lifetime, from youth to elderly age, is determined by your education level. If you only attain a high school diploma, you could make under a million dollars in a lifetime. Have an associate’s degree? Then you might earn $1.1 million. Get a bachelor’s degree or higher, and you may earn about $2 million.

Spread out over multiple decades of working life, even a million or two is not a lot of money. However, it isn’t how much money you have in life that matters. It’s what you do with it. There are many broke celebrities who build or inherit fortunes in a lifetime. Then, they lose it quicker than can be imagined.

No matter what you think of the man or his politics, Curt Schilling is a living baseball legend. Schilling won the World Series against the New York Yankees twice. And, he did it pitching for two different teams, the Boston Red Sox and Arizona Diamondbacks. Over a 20-year career as an MLB pitcher, Schilling reportedly made over $115 million.

By 2012, Schilling filed for bankruptcy and was virtually penniless. Schilling personally invested over $50 million in a video game company called 38 Studios. The company went out of business. Schilling had to auction his home and the infamous bloody socks he wore in the 2004 MLB playoffs.

Nicholas Cage is an actor revered for his acting and impulsive overacting abilities. He is known for being eccentric and for paying lots of money to indulge in eccentric hobbies. Cage may have been paid as much as $20 million per film at one point in his career. Between 1996 and 2011, he made about $150 million.

By 2012, Cage was broke. The actor is entangled in lawsuits, made questionable investments, and splurged on overpriced items. Cage is currently making numerous B-films and direct-to-video films. He may owe as much as $6 million in back taxes to the IRS.

You may not know the name Sean Quinn, but you should. Just for the significance of his loss of wealth. Quinn was a member of one of the richest Irish business families. The Quinn family had diversified interests but built their brand via gravel quarry and cement businesses. After inheriting the family business, Quinn was the richest man in Ireland. He was worth about $6 billion.

By 2008, Quinn had heavily invested in multiple companies, investment firms, banks, and insurance companies. This was the same year as the global financial crisis. As his investments sank, Quinn was reportedly over $4 billion in debt. The Irish government bailed him out, but then accused Quinn of hiding money to avoid paying his debt back.

Quinn and his son spent a short time in prison. By some accounts, Quinn his $6 billion-dollar fortune.

Save a portion of your income from every check, no matter how small it is. Make financially prudent investments. Cut down unnecessary wastes of money. Limit ATM fees by withdrawing once or twice a week. Don’t buy lottery tickets religiously. Your odds of lightning striking you are higher.

Don’t buy gym memberships or material items that you will never use. You may only make a million or two over a lifetime. Don’t waste a cent of it.

Spread the love
By Allen Francis|March 8th, 2019|Categories: Personal Finance Tips|Tags: celebrities|Comments Off on Broke Celebrities Who Have Squandered Their Fortunes