Now ask yourself if you really need all of your subscriptions. Because if you don’t need one, then cancel it!

I understand this is a pretty crappy personal finance tip. Everyone knows you should stop paying for something if you don’t use it or want it anymore. And yet, people put this kind of stuff off all the time.

Take me for example.

I’ve Been a Bad Boy

I bought cable last August (even though I recommend it’s not necessary) because it made the installation of my internet $125 cheaper, gave me a $200 sign up bonus, and would allow me to watch Mizzou football games without going to a sports bar and paying $20-$30 for food and drinks during one game. Having cable to avoid spending money at sports bars is a great example of spending money to save money. 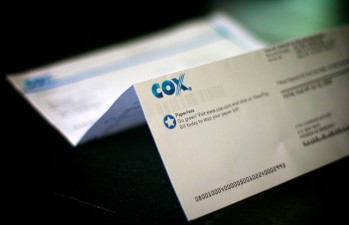 Once the college football season was over, it was time to cancel cable. I didn’t need cable. Heck, I literally unplugged the box because I didn’t want to pay for the electricity to keep it on. But I didn’t call and cancel it.

It took me about a month until I finally called AT&T and told them that I didn’t need cable (FYI, if you have AT&T and call and ask to cancel your cable, they will offer you a lower price) and saved about $60 a month.

I also decided that learning to golf is no longer a priority of mine, so I canceled my golf driving range membership. That saved me about $40 a month.

What Can You Cancel?

I’ve found if you think of your monthly subscriptions in terms of monthly expense, it’s easy to justify it. What’s 50 bucks here or 60 bucks there? I encourage you to think of it in terms of how much you spend annually.

If you’re paying $50 a month for something, ask yourself if it’s really worth $600 a year for that thing. If the answer is “yes”, then great! Keep it! I’m all for spending your money on things you really enjoy.

But if the answer is “no, I’d rather have the money,” then you know what to do. And do it TODAY! If you put it off until tomorrow, it might not happen for a month, Or two. Or 12. Do it right now!

Let me know in the comments if you can cancel something, and how much you’ll save by doing it.