Does Where You Live Matter for Retirement Savings?

Yesterday one of my facebook followers asked me a question about where you live and how that relates to your retirement savings. I’m going to answer his question and seven others because that’s what I do on Wednesdays. If you want me to answer your question next week, make sure to follow me on Facebook, Twitter, or both and tell me what to do on Tuesday nights!

Where Should You Live to Maximize Retirement Savings?

Patrick asked a great question about retirement savings. Should you live in a high cost of living area like New York or Los Angeles and get a higher salary (while also paying higher expenses) to increase your retirement savings?I have a mathematical answer, and then I have an emotional answer. 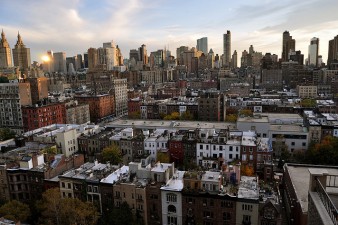 The important thing to remember about taking a high paying job in an expensive city is the fact that Uncle Sam doesn’t care where you live. An estimated tax bill for a single person making $75k a year is about $12,500, or about 17%. An estimate for someone making $150k a year is $32,957, or about 22%. Make sure to factor that into your equation to figure out where you have more money left over.

Now the emotional answer: live where you’re happy. If it costs you an extra $5k a year to live in your own personal paradise, then do it as soon as you can afford it. Saving for retirement is important, but so is being happy. If you’re really worried about retirement savings, I’d recommend you figure out a way to make more money and cover the $5k difference instead of resigning yourself to living in a city you don’t love.

The Rest of the Questions

Here they are folks. I’m gonna fire off answers real quick at the bottom. Thanks again to everyone who submitted questions this week! 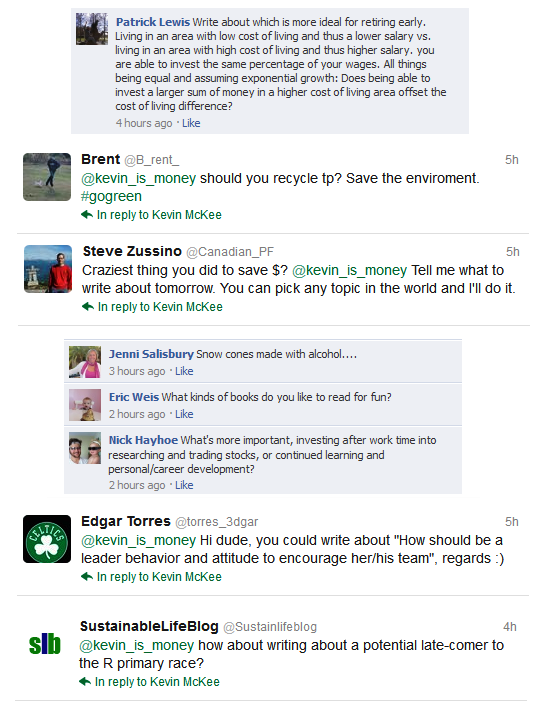 Should You Recycle Toilet Paper?

One of the dumbest things I’ve done to save money was spend about an hour scraping candle wax out of an old candle and dumping it into a new one. The craziest thing I’ve done to save money is probably walk about four miles to a bus station in Barcelona with two completely drunk friends at 1:00 am to catch a shuttle that would take us to an airport way outside the city. All because the flight was cheaper.

To be fair, I desperately tried to find a cab to take us the four miles, but we couldn’t find one (and I don’t think we would have been able to explain to the guy where we wanted to go anyway).

Sno Cones Made with Alcohol

You guys may not know this, but I don’t drink alcohol. I hate the taste of it, and I don’t like impairing my brain functions (they are naturally impaired enough as it is). I say remove the alcohol and add in ice cream. Oh, and switch out the Sno Cone with chunky ice cubes for a very fine Shaved Ice.

Seriously. Shaved Ice on top with and ice cream treat waiting for you on the bottom is pretty much the greatest dessert ever invented. And if you are of age and want to add a little alcohol, that’s probably good too.

Books I Read for Fun

I truly am a huge nerd. Right now I’m reading It Is Dangerous to Be Right When the Government Is Wrong

by Judge Andrew Napolitano, as well as End the Fed

by Ron Paul. Yes, those are the books I read for fun. These are political, libertarian books to help me further understand the concepts of liberty and freedom, and how these concepts disappeared from our government over the years. DON’T JUDGE.

If I want a novel, I read anything by Lee Child who is my favorite fiction author. He has about 14 novels published and I’ve really enjoyed about 12 of them. My favorite in the series is Tripwire

. Finally, if I feel like I want to be a better person, I’ll read my favorite book of all time, How To Win Friends and Influence People.

I do want to note that more research about investments does not always mean better returns. As you can see from my stock market experiment, 10 random stocks are outperforming both the S&P 500 and a highly rated mutual fund run by professional finance dudes. I like to spend my time with something I know will reap results, so I’d suggest either personal or career development.

How a Leader Makes His Team Better

I love this question because it takes me back to my time as a swim team captain and swimming/diving coach. I definitely wasn’t the best captain or coach, but I did learn a few lessons from those experiences.

As a team captain, the best way to lead is by example. You can talk until you’re blue in the face, but if you aren’t living it then nobody cares.

As a coach, I found two things that helped me more than anything else. First, encourage friendly but real competition within the team. Competition makes everyone better as long as you make sure the best player gets to play. Second, have complete faith in your team. Someone is not going to believe in themselves if their leader/coach/boss doesn’t believe in them. There are probably 100 more things to add, but those two were by far the most important in my experience.

A Late Entry into the Republican Race

Sorry Judith! Someone asked about politics, so I had to answer. I’ll make it quick.

My only thought on a late entry into the Republican race is it doesn’t matter. If the Republican nominee is Ron Paul, I’ll be ecstatic. If it’s anyone else, I’ll write in Ron Paul. You could throw Chris Christie, Mitch Daniels, Sarah Palin, or anyone else into the ring and it wouldn’t change how I feel about Ron Paul vs. the rest of the field.

Tell Me What to Write Next Week

Don’t forget that YOU get to tell me what to write on Wednesdays. And the only way to do that is to connect with me on Facebook and Twitter. Tell me what to do, and let me know how I’m doing.