Don’t Be Afraid to Cut Yourself Off

Last night I had my annual fantasy football draft. It was the first step in my utter domination of 11 losers, which will result in a grand prize of about $1,500.

It’s too bad though, because the grand prize really should be about $1,600.

11 years ago we started this league on the CBS sports website. At the time fantasy football was just becoming popular, so there weren’t many options for online league management. I don’t know the details, but I’m pretty sure we paid about $50 or so to have the league that first year.

Today, it costs $179.99 a year to have a “Fantasy Football Commissioner” league on CBSSports.com (although we might have gotten a renewal deal, so I don’t actually know how much we spend, but let’s call it $100). The exact same service is available on ESPN.com (and many other websites) absolutely free. 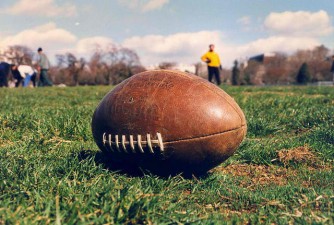 So why do we still take over $100 out of the winnings and give it to CBS? Because we’ve always done it that way. Of the 12 guys in the league, I’m the only one who has ever recommended we switch. I brought it up to the commissioner and he said he wants to keep the league because “he likes the historical stats”.

The stats are fun to look at. Once a year I might go in there and take a gander. Maybe half the other guys in the league do it once or twice as well.

We are paying $100 a year for something people hardly use, and probably wouldn’t even miss if it were gone.

My fantasy football league has fallen into the trap of thinking you need something because you already have it.

Maybe it’s a gym membership that is hardly ever used, or cable television that you think you need but actually don’t. Maybe it’s young drivers insurance for your 25 year old kid who should be paying for it himself. Maybe it’s a wine of the month subscription or a daily newspaper. Maybe it’s a child you and your spouse thought you wanted 11 years ago but realized it’s just not a cute as you thought it would be. (edit: this last one was an attempt at humor that seems to be missing it’s mark. I don’t actually recommend any parents stop financially supporting children that didn’t end up as cute as desired. I’ll be funnier next time.) In all of these cases, the appropriate response is to just stop paying for it.

Most people are reluctant to change. It’s easier to just keep paying for something because you’ve paid for it in the past. Especially when it’s a small dollar amount, we usually decide to just keep the status quo.

Our fantasy football league has lost about $1,000 over the last 10 years, and is looking at another $1,000 of losses over the next ten.

I think it’s time my fantasy football league cuts itself off from the annual fee, and I’m going to petition the commissioner aggressively to make it so. Maybe it’s time for you to petition your household finance committee to drop some of the charges you think you need.

P.S. If you play fantasy football, or have even heard of it, and if you like hilarious adult themed comedy shows, please go watch The League. It’s utterly phenomenal.