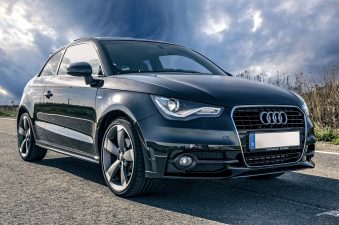 There is a saying that my mother taught me when I was a child that I’ll never forget. “You might beat the charge, but you won’t beat the ride.” As a teenager, I knew a crew of kids who would taunt local beat cops. She always persuaded me not to hang out with them. That saying was her way of telling me that police officers have many ways of interpreting the law to make trouble for someone.

Even if I am arrested, I might beat a charge. But I won’t be able to get out of going to jail for a while. Or, being summoned for multiple court dates, having to pay fines, or doing community service. In such instances, I will only have myself to blame. My point is, if you look for trouble with cops, or try to flaunt your knowledge of how to get around the law, it could end up costing you.

Consider the private use of police scanners. A police scanner is a radio-like device that is specifically tuned into dedicated frequencies that are only used by local police and emergency services authorities. In the same way that a radio is tuned to AM or FM frequencies, there are numerous frequencies used by police, fireman, EMS, airline pilots and employees, and so on.

You can get police scanner apps for free or for a few dollars. However, there are legal grey areas when it comes to the ownership of police scanners. They are technically legal to have until they are considered illegal. In numerous states, you need a specific radio hobbyist license to own one. In others, it’s illegal to have one. Or, its illegal for you to bring one out in public.

Think about it. You could use a police scanner to help you in a crime. To avoid checkpoints, radar speed traps, and so on. If a police officer stops you, searches you, and find a police scanner app on your smart device, you could be charged with possessing it as a tool to commit a crime.

The makers of the device warn that it should only be used as a novelty. Also, that it’s illegal to use in public spaces. License plate flippers are illegal in Texas. This fact didn’t stop a Texan from Harris County named Preston Talbot. In mid-April 2019, police pulled Talbot over when he failed to pay a toll. While interviewing Talbot, they noticed that he had a license plate flipper device installed on his license plates.

Talbot was charged with a misdemeanor. He was also slapped with over $5,400 in fines related to toll avoidance. Talbot may also face more charges since it is assumed that he must have been using the device for some time.

You Won’t Beat the Ride

It helps to memorize a few good phrases or mantras in life to keep you out of trouble. Like, “you can’t beat city hall,” or, “you might beat the charge, but you won’t beat the ride.” If you use a license plate flipper publicly, you won’t beat the charge or the ride to jail. Cops don’t like to be made to look like simpletons.  The average one-way cost of a road or bridge toll ranges between $5 to $15.

That can certainly add up on two-way trips every day. However, it’s a lot cheaper than a $5,400 fine, the specter of additional charges and jail time.